3 things Tom Dienhart will be watching at Minnesota practice 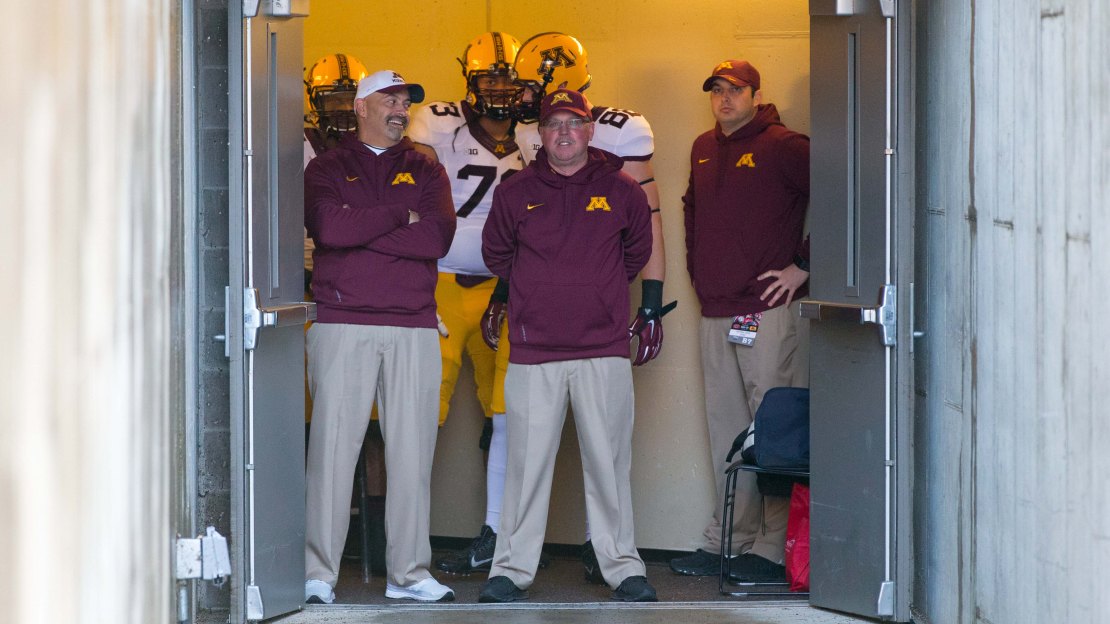 Is this the season Minnesota breaks through to a division title? Maybe.

[ MORE: Get all of our summer football tour coverage ]

Jerry Kill?s fifth edition in Dinkytown may be his best yet. The program is coming off consecutive 8-5 seasons and played in its first New Year?s Day bowl since the 1961 season. And many key players from that squad are back.

But Kill and Co., must replace some key cogs, most notably RB David Cobb, TE Maxx Williams and LB Damien Wilson. Don?t bet against Kill and his astute staff.

Here are three things I?ll be looking for at practice.

1. Explosiveness. The Minnesota offense has lacked it under Jerry Kill. The attack has been plodding, as if wearing Army boots. And now, the unit is without RB David Cobb and TE Maxx Williams. Who will step up? There is a group of redshirt freshmen wideouts-Jeff Jones, Melvin Holland, Desmond Grant, Isaiah Gentry–that has staffers excited. And Drew Wolitarsky and KJ Maye are vets on the edge. Rodrick Williams, Berkley Edwards and Rodney Smith are up next at running back. Lots of options. Any looming stars in the bunch?

2. Man in the middle. LB Damien Wilson is off to the NFL after leading the team in tackles and sacks. Who will fill his production in the middle of the defense? Everett Williams and Cody Poock will get a shot to replace Wilson. Maybe De?Vondre Campbell or Jack Lynn can push their games to another level at outside linebacker and become tackling machines.

3. QB Mitch Leidner. Is he continuing to evolve as a passer? How does the team?s hurry-up scheme look? Is it helping Leidner get in a rhythm and complete a higher percentage of passes? He was inconsistent last year, as the Gophers finished 13th in the Big Ten in passing (141.8 ypg). Unless Leidner takes his game to another level, this offense doesn?t figure to improve much even though the line could be one of the better fronts in the Big Ten.