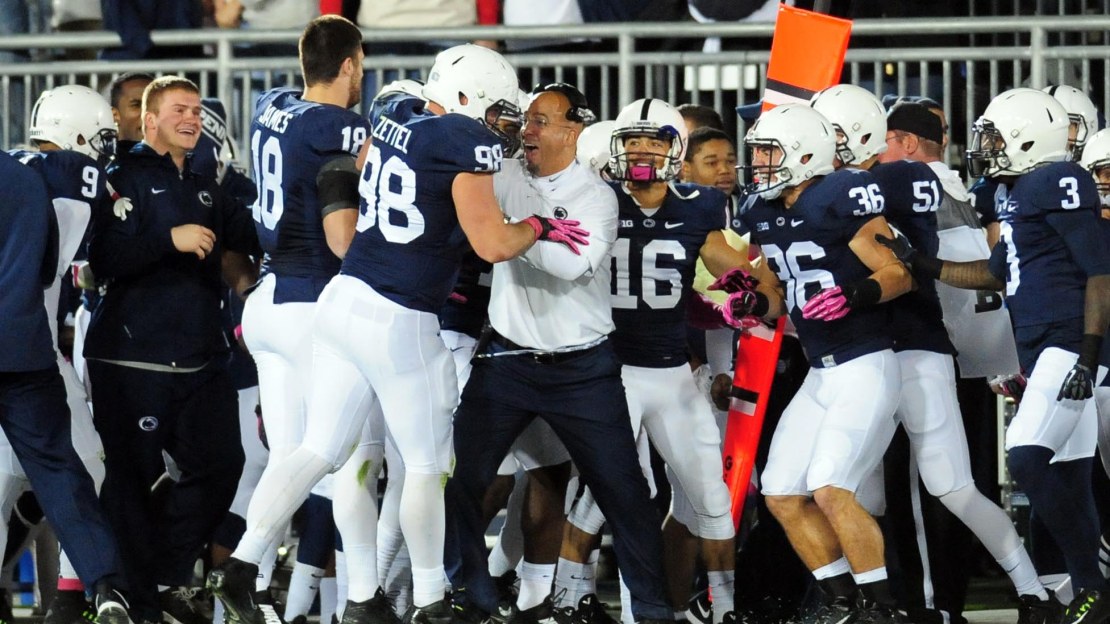 Anthony Zettel is one of the Big Ten's elite players and athletes.

[ MORE: Like this story? Check out our full Gone Viral section ]

The Penn State defensive tackle also likes to have fun, and do so on camera.

Earlier this summer, Zettel tackled a tree, which drew more than its share of attention. Sunday night, he was back at it, this time roundhouse-kicking a water bottle out of a teammate's raised hand in the Penn State locker room.

Zettel kicked the bottle so hard that it nearly took out a teammate. Luckily, the teammate, believed to be Saquan Barkley, according to Centre Daily Times' Jourdan Rodrigue, had the awareness to duck and avoid the flying bottle.

Watch the video, captured and posted by teammate Nick Bowers, in the tweet above.