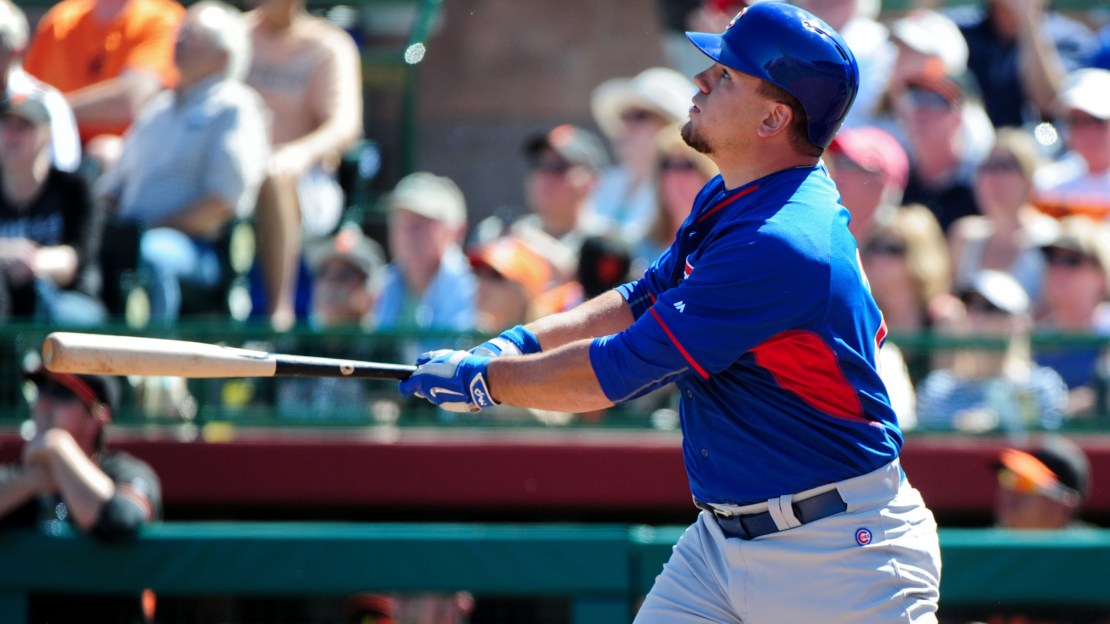 Nearly a year after being selected No. 4 in the 2014 MLB First-Year Player Draft, former Indiana catcher Kyle Schwarber is set to make his MLB debut.

The Chicago Cubs called up their prized prospect Monday night, and while the promotion is expected to be a brief one, Schwaber will get at-bats with the team playing five consecutive games in AL parks, where the DH is in play.

Schwarber figures to make his MLB debut vs. Cleveland, either Tuesday night at Wrigley Field or Wednesday night at Progressive Field.

Here's what Schwarber had to say about the promotion:

Grateful for this opportunity that I'm going to get! Very excited to compete and learn!#Cubs

The moment we've all been waiting for!!! Congrats on the call brother @kschwarb12 pic.twitter.com/UVClcTkoXN

Congrats to @kschwarb12 on big league call up. Wish I could give you a big fat hug, so here's the next best thing... pic.twitter.com/cusQBFYec8

My reaction when I heard about this guy. Congrats to The Hulk on getting promoted to The Show! #SchwarberSmash pic.twitter.com/t0RgRS0LLY

Congrats to Kyle Schwarber on his call up to the big leagues. Didn't take long... pic.twitter.com/9nu5xcjYoq