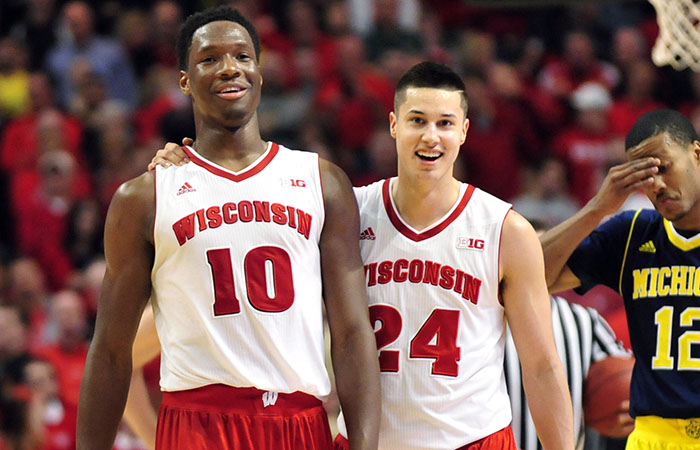 But seriously – have you ever seen the magical powers of a stenographer? pic.twitter.com/36exonv2CG

If you don't already know it, Nigel Hayes is one of the Big Ten's top personalities.

He delighted last season with the whole Nigel Burgundy series. As a freshman, mind you. And he's always one of the most engaging and entertaining interviews.

Hayes proved this once again Saturday during Wisconsin's press conference to preview its Round of 32 game vs Oregon.

When a reporter asked Hayes about his improved 3-point shot, he decided to have some fun, using a few words like "onomatopoeia" before answering the question.

Odd and random, yes, but he had a reason. Hayes and his Wisconsin teammates were fascinated by the stenographer's job/equipment following Friday night's win over Coastal Carolina. See the video in the tweet above.

So, Hayes decided to give her a shout-out, if you will. In the follow-up question, he called the stenographer "the wonderful young lady over there," said, "she does an amazing job of typing words" and, in an attempt to "make her work a little bit harder," rattled off words like "soliloquy" and "quandary."

See Hayes' full answers in the photos below.