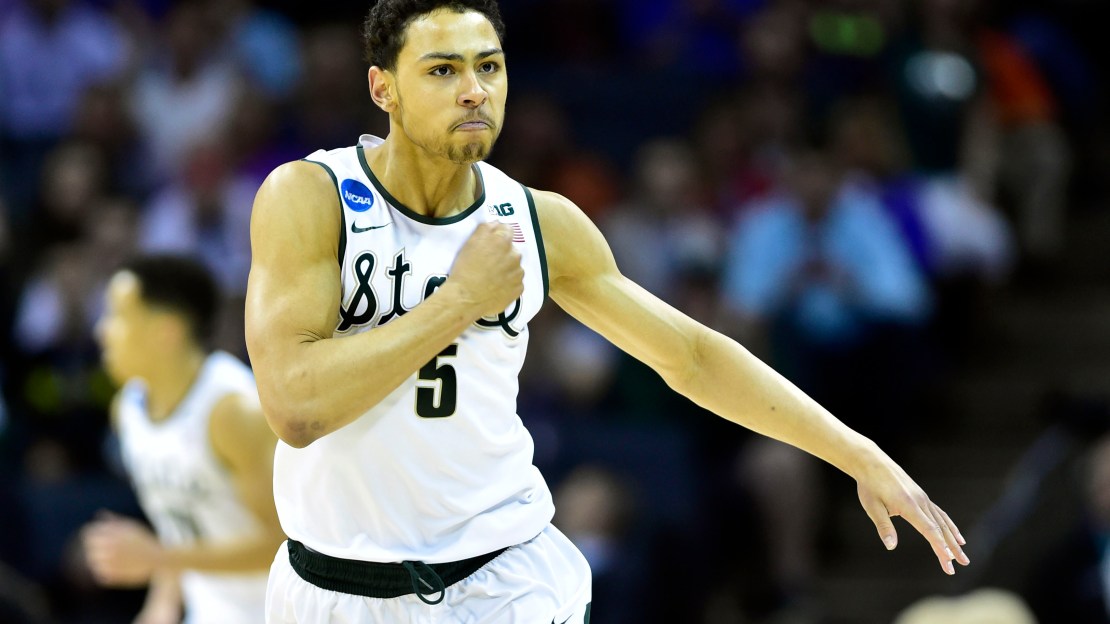 Michigan State did it again and won their opening game of the NCAA tournament by answering a late push from Georgia. The Spartans improved to 24-11.

The star: Travis Trice did his stuff with 15 points and six assists. Denzel Valentine had 16 points, six boards and six assists. And Branden Dawson finished with 14 points-all in the second half-with seven boards. But let?s give this honor to reserve guard Bryn Forbes, who hit 5-of-8 shots (3-of-6 from 3-point land) to finish with 14 points.

The stat: Georgia beat MSU on the boards, 43-35. But a big key was the Spartan bench, which chipped in 22 points. The Bulldogs had just 10 points from their bench and has 12 turnovers to MSU?s 9.

The key to victory: Dawson only played six minutes in the first half, going 0-for-1 with no points with two fouls that had him on the bench. But he came to life in the second 20 minutes to finish with 14 points. The senior hit 6-of-9 field goals for a Michigan State club that shot 45.6 percent compared to Georgia?s 33.3 percent. That was a huge key to victory for MSU.

It was over when: The Spartans led, 35-22, at the half. UGA cut it to 39-37 before Michigan State built its edge back out to 13 points. The Bulldogs chiseled it so 64-60 with 28 seconds left. But six Denzel Valentine free throws down the stretch iced the win for the Spartans.

What?s next: Michigan State will take on the winner of No. 2 Virginia-No. 15 Belmont. MSU knocked off UVa in last year?s Big Dance when MSU was a No. 4 seed and UVa was a No. 1 to advance to the Elite Eight.

Notable: Tom Izzo is 7-0 vs. the SEC in the NCAA tourney.