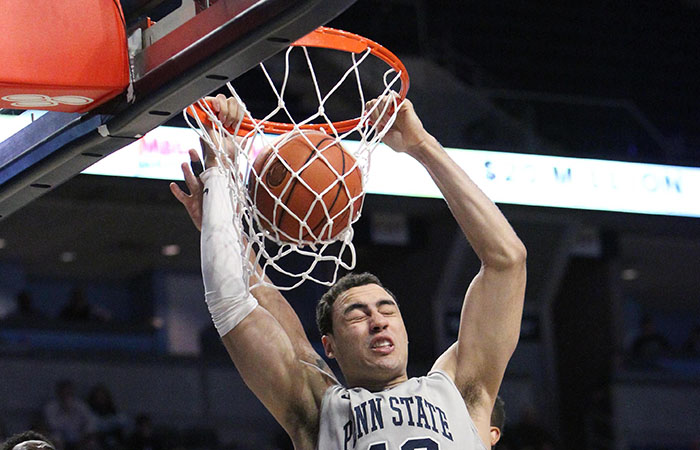 Few people go out of their way to challenge A.J. Hammons around the basket, and fewer people succeed when doing so.

Don't tell Ross Travis that. The Penn State senior took on the Big Ten's block leader (2.8 bpg) and put him on a poster with a highlight dunk Friday in the Big Ten tournament quarterfinals.

Travis, from just outside the 3-point line in the closing minutes of the first half, attacked the lane, got a step on Hammons and exploded for a fantastic one-handed dunk.

"That was (Michael) Jordan-esque!" ESPN color commentator Dan Dakich said. "In the house that Michael built.