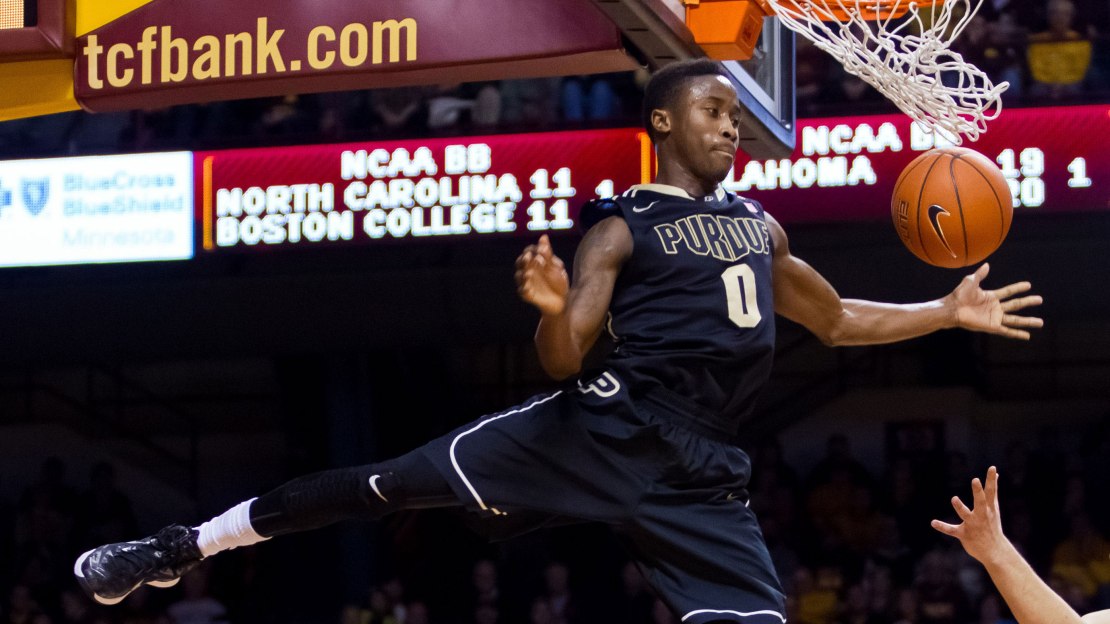 There are those dunks that make you jump out of your seat… And then there is a dunk like Purdue's Jon Octeus had on Thursday night against Indiana.

With the game tied early on in the second half, Octeus drove the ball to the hoop and threw down a huge one-handed slam over Indiana's Collin Hartman.

The Purdue bench elevated out of their seats and had to hold each other back from celebrating too much.

This is the type of dunk that simply makes your jaw drop.

For the love of elevation! @BoilerBall's Jon Octeus posterizes an Indiana defender with this dunk. #IntelGoesB1G http://t.co/IKxvEXkvd7

Check out some of the top Twitter reactions to Octeus' incredible dunk.

My goodness Jon Octeus that dunk was nasty #SCTop10

Yooooo octeus woke me up with that one!!! Watch ya head ?