Big Ten Whiteboard: Get ready for Indiana vs. Purdue rematch 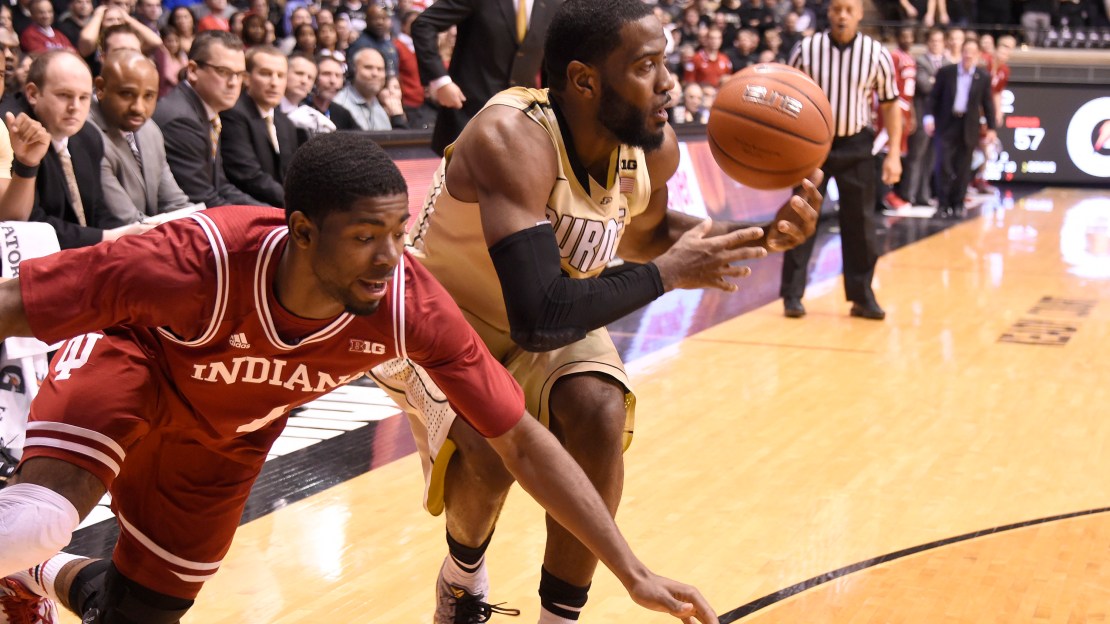 The season has hit the home stretch, as teams jockey for postseason position. This week?s action features some intriguing matchups involving teams looking to buff their resumes for NCAA consideration.

GAME OF THE WEEK: Purdue at Indiana, Thursday. The second meeting of the season between these two epic rivals with each looking to hone NCAA resumes. The Hoosiers are in pretty good shape to make the Big Dance but surely want revenge for an 83-67 loss in West Lafayette on Jan. 28. The Boilermakers have been hot, winners of six of their last seven games. But they need a road win like this one to improve their NCAA chances. Wild stat: These two rivals haven't played a game decided by fewer than 11 points in the last nine meetings.

DON?T OVERLOOK THIS GAME: Michigan State at Illinois, Sunday. The Fighting Illini saw a four-game winning streak end on Sunday at Wisconsin. No shame in that. John Groce has his club playing well and on track for an NCAA bid. The Illini just won in East Lansing on Feb. 7, taking a 59-54 win in what has been the team?s signature victory to date. The Spartans have won four of five games, looking to improve the postseason credentials. Four of MSU?s last six games are on the road.

MUST WIN: Michigan State has to find a way to win at Michigan on Tuesday. The Spartans are projected to be in the NCAA field by most ? but not by much. The Spartans need to take care of business in Ann Arbor vs. their chief rival. The Wolverines are sputtering, playing through key injuries and with a young roster. Michigan has lost four in a row and five of six games. Three of those defeats have been in overtime. A win vs. Michigan State would be a nice boost during a tough season for John Beilein?s crew.

BEST INDIVIDUAL MATCHUP: When Iowa plays at Nebraska on Sunday, it will be fun to watch the Hawkeyes? Aaron White and the Cornhuskers? Terran Petteway battle. Petteway is No. 3 in the Big Ten in scoring with an 18.8-point average. White is No. 9 with a 15.0-point average. This is an especially big game for the Hawkeyes, who suffered a surprising home loss to Minnesota and then fell at Northwestern on Sunday. Is this the start of a funk? Has Iowa played its way onto the bubble? The Huskers have been a disappointment, but a win here could keep some NIT hopes alive.

UPSET ALERT: Indiana needs to be careful when it plays at Rutgers on Sunday. Yes, the Scarlet Knights are scuffling, losers of nine in a row entering the week. Still, RU can be a dangerous team. Ask Wisconsin, which fell in Piscataway earlier this season. Count on the RAC being loud and crazy for this visit from the Hoosiers.

BIG WEEK: Michigan State. The Spartans have a chance to enhance their body of work with two big road games-at Illinois and at Michigan. Win both, and MSU?s NCAA resume will look pretty good. At the least, the Spartans need to forge a split.