Ranking Big Ten players who have declared for the NFL draft 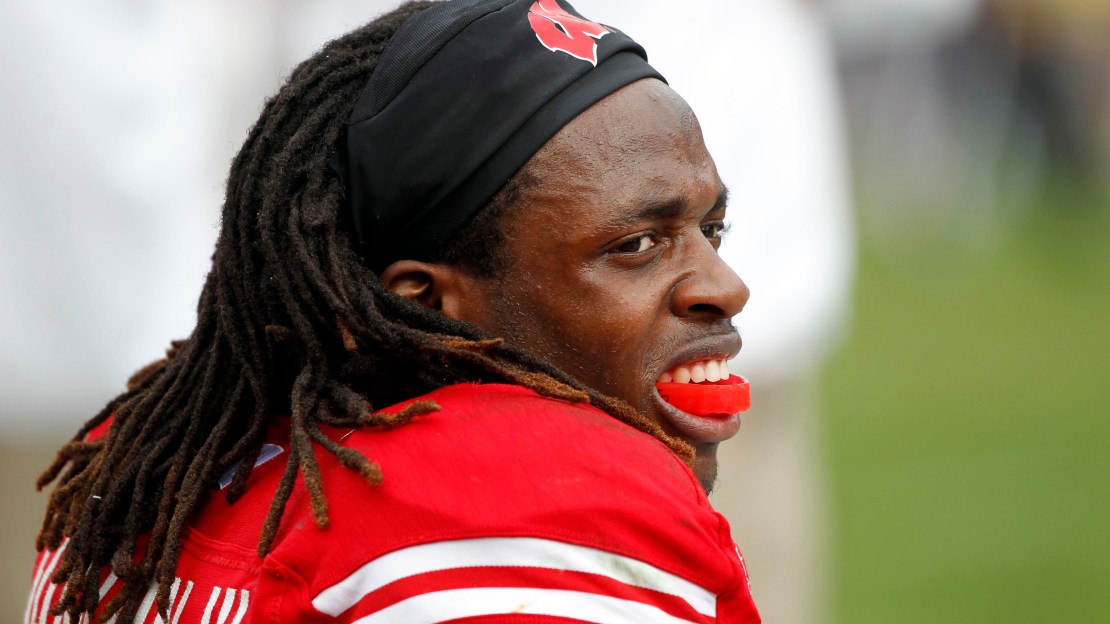 Playing in the NFL is the dream of many college players. And some can?t wait to get there, declaring early for the draft.

The Big Ten suffered some key attrition with players declaring for the 2015 draft, which will be April 30-May 2 in Chicago. No conference school was impacted more than Penn State, which saw three players leave with eligibility remaining. The position most impacted? Tight end, with three declaring. Nine schools saw players bolt prematurely.

Here is a ranking of the 11 Big Ten players who have turned pro.

1. Melvin Gordon, RB, Wisconsin. Look, he had to turn pro after a sensational season that saw him run for 2,587 yards and 29 TDs. The Big Ten Offensive Player of the Year and Heisman runner-up has done all he can do.

2. Tevin Coleman, RB, Indiana. He may have had the quietest 2,000-yard rushing season in college football annals, finishing with 2,036 yards. Like Melvin Gordon, Coleman has probably maxed out in college. Plus, the shelf-life for a running back is only so long. Time to get paid for taking hits.

3. Randy Gregory, DE, Nebraska. He didn?t have a sensational junior season, battling through injuries. Still, the former JC transfer finished fourth in the Big Ten in sacks (.64) and was a consensus All-Big Ten choice. Gregory missed two games during the 2014 season, and saw very limited action in two others. Despite missing significant time, Gregory finished with 54 tackles, including a team-high seven sacks for 67 yards in losses. He was third on the team with 10 tackles for loss and led the Huskers with 16 quarterback hurries.

4. Trae Waynes, CB, Michigan State. Another in a line of standout Spartan corners, following the likes of Johnny Adams and Darqueze Dennard. Waynes started all 12 games at boundary corner and was one of the main factors why the Spartans ranked fourth in the FBS in passing efficiency defense (102.9 rating) and 25th in passing defense (196.0 ypg.) in 2014.

6. Stefon Diggs, WR, Maryland. A big-play threat, Diggs? career never fully met the mega-hype he brought to campus with him. Still, he could stretch defenses and go the distance each time he touched the ball. Diggs garnered second-team All-Big Ten honors from the coaches and was named honorable mention All-Big Ten by the media. He paced the team in receptions (52), receiving yards (654) and receiving touchdowns (5).

7. Devin Funchess, WR, Michigan. He arrived in Ann Arbor as a tight end but morphed into a wideout. At 6-5, 230 pounds, Funchess is a physical freak and a mismatch waiting to happen. He didn?t have a great junior campaign, notching 62 receptions for 733 yards and four TDs. No doubt, uneven play at quarterback and a lack of a consistent ground game surely impacted Funchess? production. He was second-team All-Big Ten by the coaches.

8. Donovan Smith, OT, Penn State. He?s a massive presence (6-5, 335) who will be missed for a Nittany Lions? offensive line that struggled with consistency last season. The program could have used his talent and veteran presence as it looks to build a better front after PSU finished last in the Big Ten in rushing (101.9 ypg) in 2014. Smith has graduated and opted to turn pro.

9. Deion Barnes, DE, Penn State. He was a force off the edge for one of the top defensive lines in the Big Ten. Barnes finished 2014 with 44 tackles and 12.5 tackles for loss. He also paced the club with 6.0 sacks. Barnes graduated and opted to turn pro.

10. Jesse James, TE, Penn State. At 6-7, 254 pounds, James is a massive target who excels in the red zone and can move the chains. He finished with 38 catches for 396 yards and three touchdowns. At least the Nittany Lions have good depth at tight end to absorb the loss of James.

11. Tyler Kroft, TE, Rutgers. He had a disappointing season, catching just 24 passes for 269 yards and no touchdowns after entering the year considered by some to be among the top tight ends in the nation. The scheme of new coordinator Ralph Friedgen may have played a role in Kroft?s drop in production from 43 catches for 573 yards and four TDs in 2013. At 6-6, 240, Kroft is a good athlete who learned how to block in this physical offense.