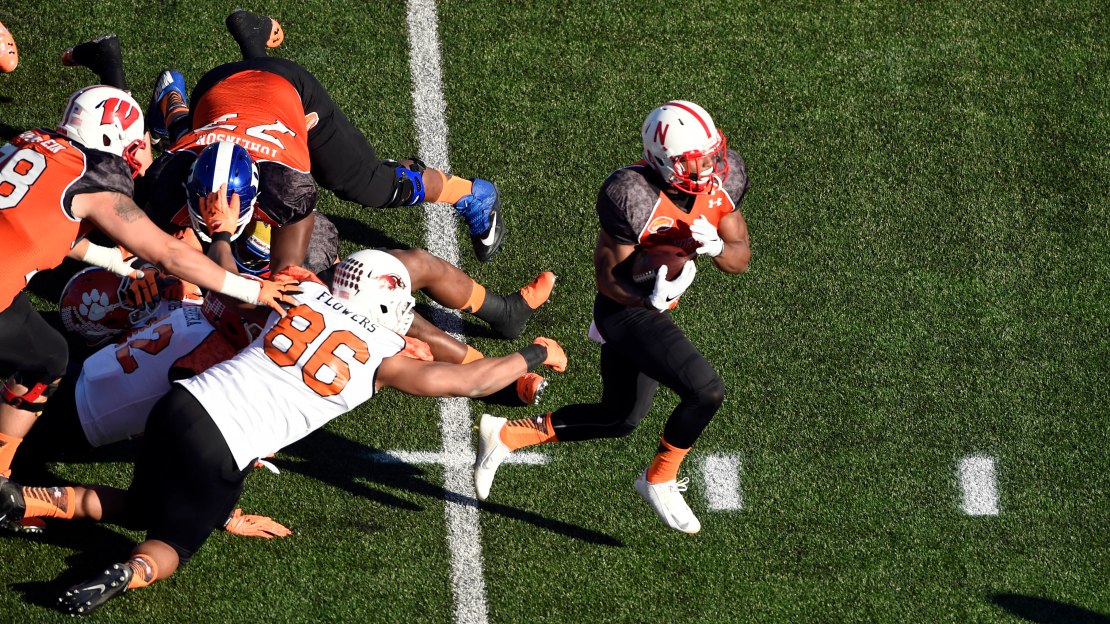 It should come as no surprise to Big Ten fans that Ameer Abdullah took home the Senior Bowl Most Outstanding Player on Saturday.

The former Nebraska star running back averaged more than 10 yards per carry (7 car., 73 yards) and led  the North Team in receiving (4 catches for 40 yards). Add it all up, and Nebraska's all-time all-purpose yards leader racked up 113 yards.

"It was a fun game against some of the best players in college football with a lot of talent and guys you'll see make a lot of money one day in the NFL," Abdullah told NFL.com. "It was surreal being back in Alabama for my last game. You couldn't ask for a better story. I left Alabama for Nebraska and now I played my last college game here."

Thank you to Phil Savage and to all of the senior bowl coordinators for putting together this game. On the behalf of all the players, Thanks

Abdullah wasn't the only former Big Ten running back who had a big game, as David Cobb (Minnesota) added 78 yards rushing and a touchdown and two receptions for 16 yards.