Northwestern season review: A season of streaks for the Wildcats 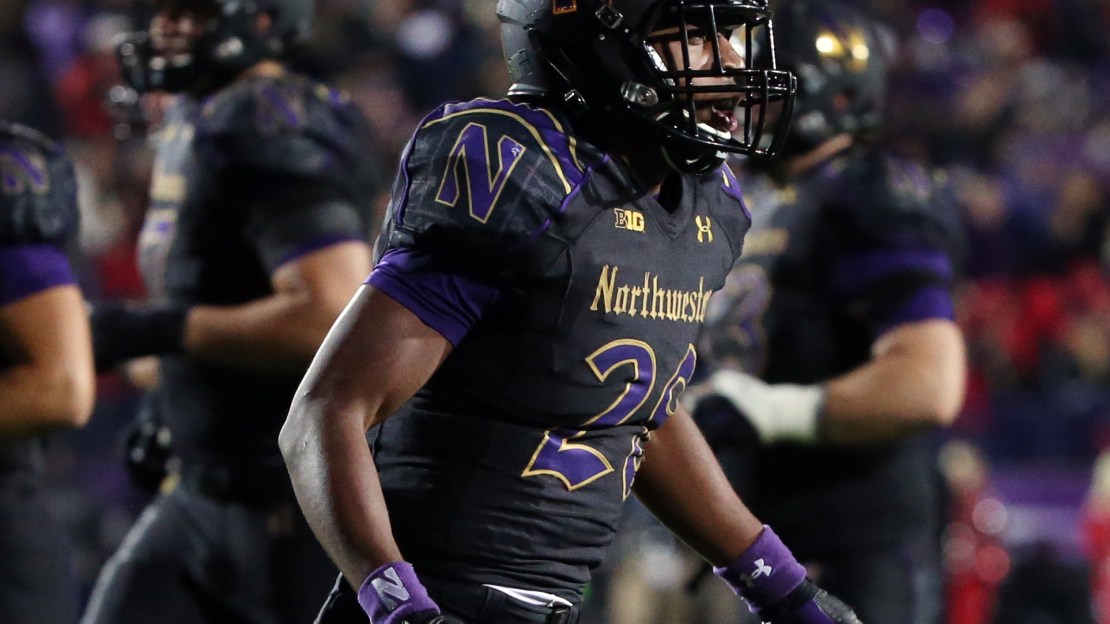 After going to five bowls in a row, Northwestern has now missed the postseason the last two years. Not good. Is the program growing stale?

We aren?t ready to go there yet, but more certainly was expected from the Wildcats in 2014. No doubt, the losses of QB Kain Colter (graduation) and RB Venric Mark (transfer) hurt Northwestern. Still, Fitzgerald had his team poised to make a bowl as it entered the season finale.

This was a season of streaks, as NU opened 0-2, won three in a row, lost four in a row, won two in a row ? then lost the finale.

High point: Northwestern was 3-6 and riding a four-game losing skid as it headed to No. 18 Notre Dame on Nov. 15. One more defeat, and NU?s bowl hopes were toast. The Wildcats had no chance, right? Wrong. NU shocked the Fighting Irish by stealing a 43-40 overtime win. The Wildcats recovered a late ND fumble and kicked a game-tying 45-yard field goal with 19 seconds left. Then, NU won it in overtime. It conjured memories of when Fitzgerald led the Wildcats to a win under the golden dome during NU?s magical 1995 season.

Low point: Beat 5-6 Illinois in the season finale in Evanston on Nov. 29, and Northwestern was headed to a bowl. Lose, and the Wildcats? season was over. NU lost, 47-33, keeping the program out of the postseason for a second season in succession. The Wildcats were undone by five turnovers by QB Zack Oliver, who was making the first start of his career with Trevor Siemian out with injury.

Offensive MVP: Northwestern has a blooming star in freshman RB Justin Jackson. He carried 245 times for 1,187 yards and 10 touchdowns and caught 22 passes. Jackson, one of the top prep running backs in Illinois history, ran for over 100 yards in six of the last eight games. Jackson is just the second freshman in school annals to run for over 1,000 yards.

Defensive MVP: Some decent options, including LB Chi Chi Ariguzo, and safeties Traveon Henry and Ibraheim Campbell. But let?s go with CB Nick VanHoose, a second-team All-Big Ten choice by the media and honorable mention by the coaches. The junior was fourth on the team in tackles with 59 and second in the Big Ten with 1.2 passes defended per game. VanHoose also had two interceptions. Want more? He is one of just six FBS players with three blocked kicks during the 2014 season (two PATs, one FG).