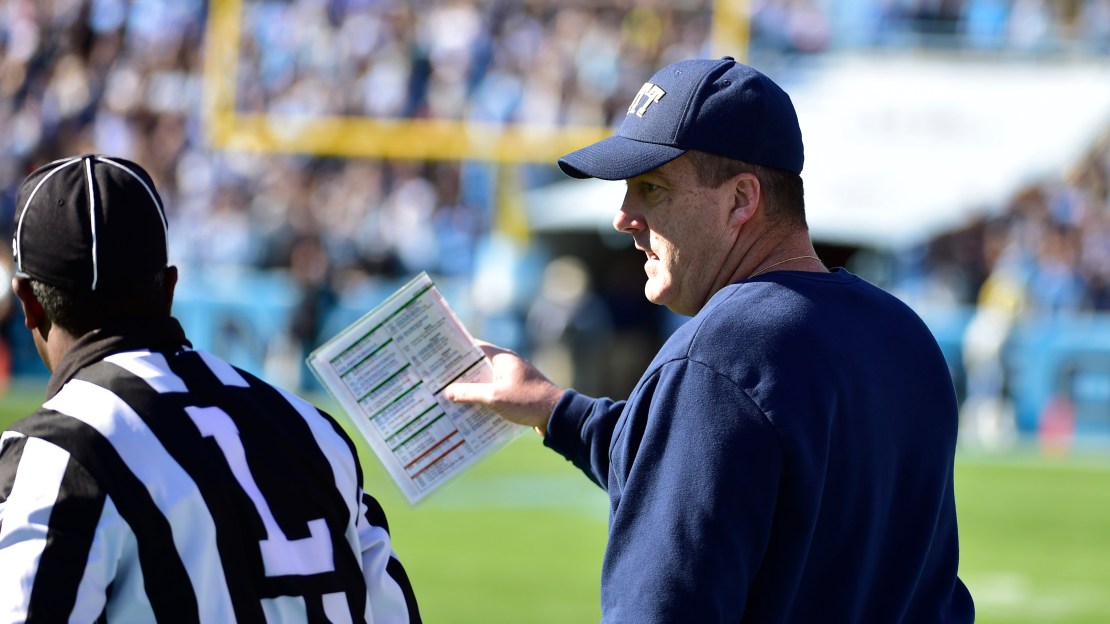 University of Wisconsin regents planned to hold a teleconference late Wednesday afternoon in closed session to consider employment terms for a new football coach, according to a meeting notice released Tuesday.

Chryst traveled to Madison, Wisconsin on Tuesday to meet with university officials about replacing Gary Andersen, a person with direct knowledge of situation told The Associated Press on condition of anonymity because the meeting had not been announced.

A move could come as soon as after the regents meeting scheduled to start at 5 p.m. State laws prevented Wisconsin from making a hire before Wednesday – a week after Gary Andersen's stunning departure for Oregon State left the Badgers program seeking a head coach for the second time in three years.

If the choice is Chryst, he would return to his hometown, alma mater and former employer.

The offensive coordinator at Wisconsin from 2005-11, Chryst is 19-19 in three seasons with the Panthers. He interviewed with Badgers athletic director Barry Alvarez about the vacancy last week but said Monday he was awaiting a final decision.

Chryst attended practice with the Panthers on Tuesday before heading to Wisconsin for what looks like a homecoming. Chryst, 49, played quarterback at Wisconsin in the 1980s. He helped the school to five double-digit victory seasons and two Rose Bowls.

The Badgers practiced Tuesday morning in preparation for the Outback Bowl on Jan. 1 against Auburn, with Alvarez overseeing the team. The former coach is returning to the sideline temporarily for the bowl game – just like he did two years ago in the transition period between Bret Bielema and Andersen.

Another practice is scheduled for Thursday. By then, the Badgers could have their coach-in-waiting.

Chryst leaving Pitt would put the Panthers on the market for a football coach for the fourth time since Dave Wannstedt was let go after the 2010 season.

Pitt approached Chryst about an extension before this season, but details were never finalized.