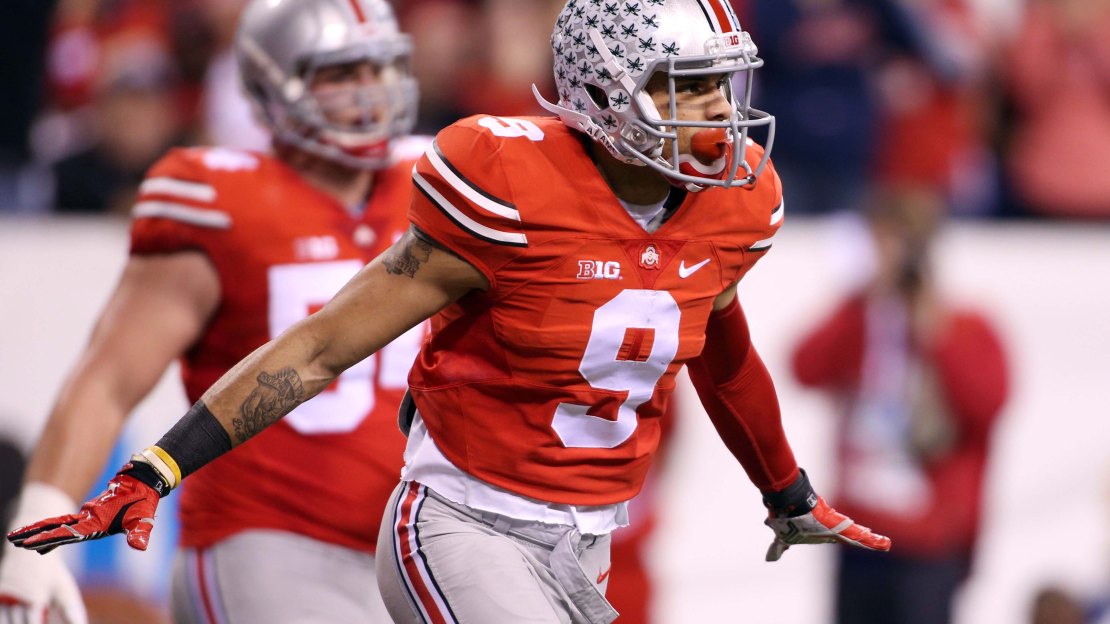 Quick take: Ohio State kept the pedal to the metal, adding 7 points to its lead to go ahead, 45-0. The more impressive this win is, the more chance the Buckeyes seemingly will have to show the College Football Playoff committee that it deserves a playoff spot.

Key moment: There weren?t many in a hum-drum quarter. But with Wisconsin still looking for some life and a spark on offense, Joel Stave dropped to pass on 2nd and 10 from the Badger 39 and was intercepted by Doran Grant on the last play of the quarter. Pretty fitting.

Key play: On its first drive of the quarter, Cardale Jones ripped off a 20-yard run on a 2nd and six from the Buckeye 38-yard line. On the next play, Jones chucked a perfect pass to Devin Smith for a 42-yard TD to give Ohio State a 45-0 lead. Smith has four catches for 137 yards (34.3 ypc).

Key number: 6, three-and-outs for Wisconsin. Its longest drive was nine plays for 34 yards on its second possession of the game.

Key score: There was just one-the picturesque 42-yard touchdown pass from Jones to Smith, his third TD grab of the game.