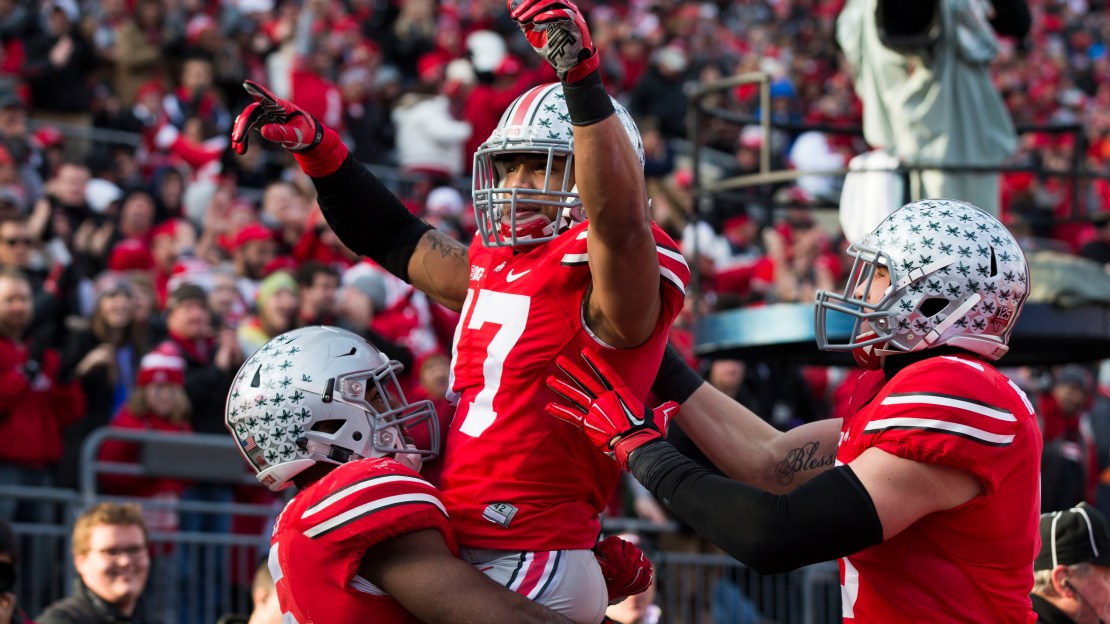 We are in the homestretch of the playoff chase, and the question nags: Can Ohio State make the four-team playoff?

?I would say it?s less than 50-50,? said Jerry Palm of CBSSports.com, the foremost analyst of College Football Playoff and NCAA tourney metrics.

?I think the Big 12 champ will end up ahead of Ohio State. But it?s not that clear. Reasonable people could disagree and make a case for Ohio State.?

So, there's your window of hope, Brutus.

The Top Four was Alabama, Oregon, Florida State and Mississippi State, respectively. When this week?s poll is released on Tuesday, most think the top three will remain the same and TCU will replace Mississippi State, which lost to Ole Miss in the Egg Bowl.

What does Ohio State have to do to get into the Top Four? Especially now that star quarterback J.T. Barrett has been lost for the season with a broken right ankle?

?First, Ohio State has to beat Wisconsin,? says Palm. ?It starts with that. If they do that, it will prove they can beat a very good football team with this guy at quarterback.?

?This guy? is sophomore Cardale Jones, who never has started a game in Columbus.

If everyone above Ohio State wins this weekend, it?s moot, right? OSU has no shot?

?Not necessarily,? said Palm. ?If Baylor and TCU both win this week, Baylor has to be ahead of TCU. They have to be. There is no other way around it, or the committee can take its criteria and wad it up into a ball and throw it out.

?As for now, Ohio State is sandwiched between the two of them. If Baylor ends up ahead of TCU, does that mean it jumps both (TCU and Ohio State)? Or does TCU fall back? My guess is that Baylor jumps ahead of both of them.?

But know this, Buckeyes fans: The better Ohio State looks beating 10-2 Wisconsin, the better it is for them. Yes, Injuries are taken into account by the committee when it comes to selecting playoff teams. But the good thing is Ohio State gets to play a game with Jones at quarterback. If it can show the playoff committee it?s still a smooth running juggernaut with a win vs. Wisconsin, all the better.

?A lot of people are comparing this to what happened when Cincinnati hoops lost Kenyon Martin to injury (in 1999-2000 right before the NCAA tourney). But it?s not the same situation because he got hurt in their conference tournament and Cincinnati never got to play a game without him (prior to the NCAA tourney).

?They are either a playoff-quality team; or they are going to get beat," said Palm. "I don?t think they can play a bad game and beat Wisconsin.?

?Baylor and TCU are basically the same. You won?t find two teams with more similar resumes than TCU and Baylor. I think Ohio State will be ahead of both of them or neither (after this weekend). I don?t think OSU is a sandwich team. It may be now. But not after this weekend.?

Stay tuned. This could be very interesting.