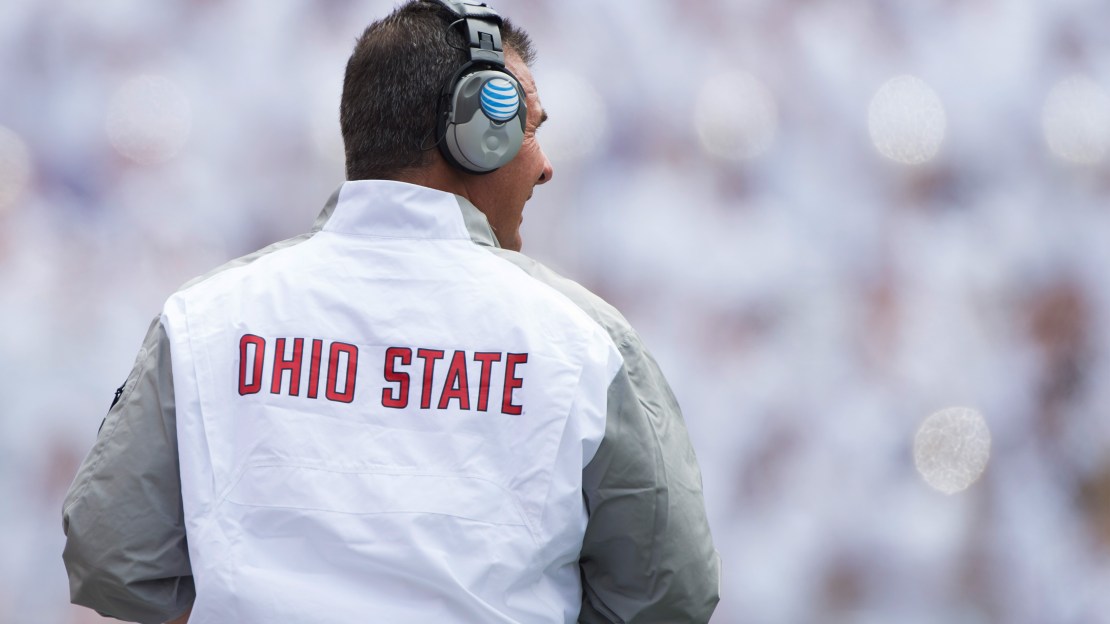 You have questions, and I have answers in my weekly Big Ten Mailbag. And from the look of things, many folks are excited about Minnesota. That?s understandable. And Ohio State's playoff chances continue to be debated.

Who was the last Ohio State coach to win Big Ten Coach to be Year? I believe Urban Meyer deserves the honor this year! – Jack Wilster

This is pretty interesting: The last Ohio State coach to be B1G coach of the year was Earle Bruce in 1979. Would you think John Cooper or Jim Tressel would have won at least ONE Big Ten Coach of the Year honor! Nope. Amazing, really. Oh, well. I think there?s a good chance Urban Meyer may win the honor this season. I love Jerry Kill and what he has done. But it?s hard to ignore what Meyer has done with a rebuilt offensive line and redshirt freshman quarterback.

Will Minnesota's defense be able to contain Melvin Gordon in Madison? – Esden Stafne

I doubt it. What defense can? Minnesota is No. 6 in the Big Ten in rush defense (154.6 ypg). But Gordon is on fire. He eclipsed the 200-yard rushing mark for a third game in succession last week, carrying 31 times for 200 yards and two scores, to go along with four catches for a team-high 64 yards. He also surpassed the 2,000-yard rushing mark in 2014, doing it in fewer carries than any back ever (241). Gordon also tied the Big Ten single-season rushing mark with 2,109 yards. He?ll break it vs. the Gophers. Gordon will get his yards. The key for Minnesota: Can it score enough vs. a rugged Wisconsin defense?

Why the hate for the Buckeyes? Questioning whether or not the win over Indiana was "impressive" enough for the committee (seems foolish). How "impressive" has Florida State been all year? How impressive was Alabama's win over lowly vs. Arkansas? – John Amrine

Well, the BIG difference between Ohio State and FSU and Alabama is this: The Buckeyes have a horrible loss at home to Virginia Tech, which is in last place in the ACC Coastal and lost last week in double-overtime to Wake Forest, 6-3!!!. FSU is unbeaten ? Bama?s loss was on the road to No. 11 Ole Miss. THAT?S why style points matter a lot for Ohio State. No other team in legit playoff contention has a loss as bad as Ohio State?s. Why is that so difficult to understand? Just beating teams like Indiana won?t impress the committee. Dominating wins will.

What do you think of Minnesota now? The way the Gophers are playing, I cannot see anyone beating them. They lose their star running back David Cobb in the second half last week and still come up a winner. Wow! – Gerpet99

I have been high on Minnesota for a while, dating back to last season when it ripped off four Big Ten victories in a row for the first time since 1973. Jerry Kill has perhaps the best coaching staff in America, and the group gets more out its talent than another other staff in America. Minnesota is always well prepared and rarely beats itself. Will it get out-talented? Yes, but it won?t get out executed. Think about this: Minnesota is one win away from winning the West and making the Big Ten title game.

I get why you are happy, but why do you always dismiss the Badgers? – Jane

When have I dismissed the Badgers? Just because I praise Minnesota doesn?t mean I am dismissing Wisconsin. They both have strong programs. I can?t wait for their battle for Paul Bunyan?s Axe this Saturday in Madison. When has it ever meant more?

What bowl game does Minnesota go to if it wins out? – Terry Doherty

If it wins out as Big Ten champ, it will go to a ?selection committee? bowl. Perhaps the Cotton or Fiesta Bowls. At the worst, I think the Gophers will land in a bowl in Florida, like the TaxSlayer, Citrus or Outback.

What are the chances of seeing a Big Ten team in the playoff? – Jim Morrissey

There is a chance for Ohio State to sneak in. The Buckeyes were No. 6 last week. And they should be no worse than No. 6 this Tuesday when the next College Football Playoff poll is released. To get into the Top Four, Ohio State will need to win out-and hope others above it lose. There?s a good chance there may be enough attrition. Oregon still has a Pac 12 title game vs. UCLA, Arizona or ASU. Alabama still must play Auburn and Missouri or Georgia in the SEC title game. Mississippi State has a game left vs. Ole Miss. Stay tuned. But keep an eye on TCU (which plays at Texas and vs. Iowa State) and Baylor (which plays host to Texas Tech and Kansas State), which are in the hunt along with Ohio State.

Why does Indiana struggle at football? – Max

There are many factors, not the least of which is a lack of tradition. Facilities also have annually rated in the bottom half of the Big Ten. There isn?t a good talent base to recruit from. And some think the fact IU is labeled a ?basketball school? hurts. Whatever you wanna believe, Indiana has struggled. How much lately? Just one bowl since 1993.