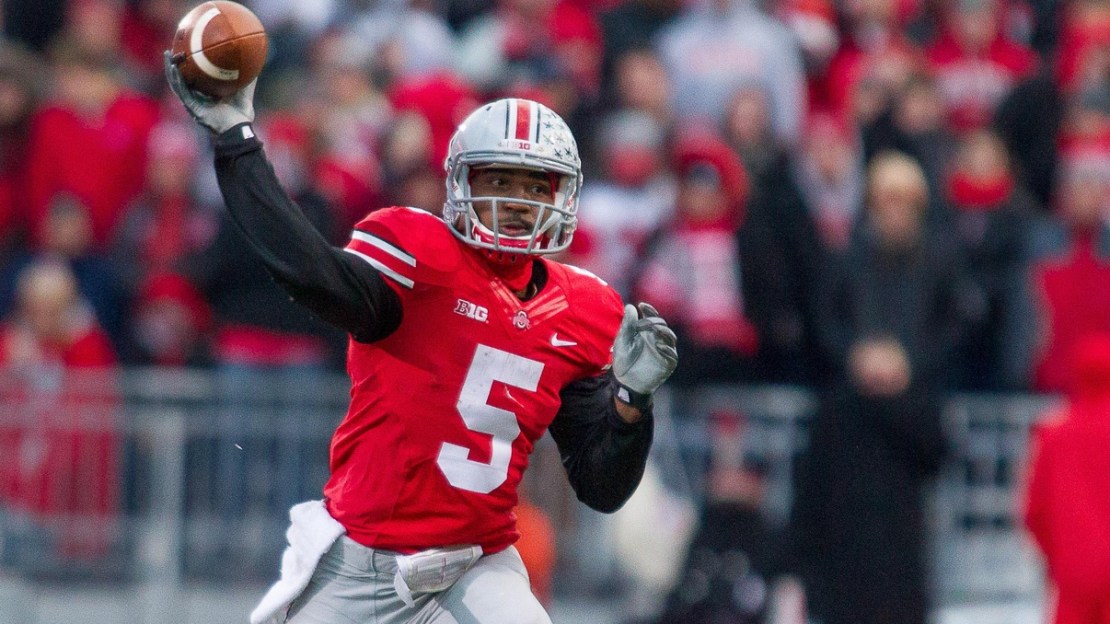 It was interesting to see the report that Ohio State quarterback Braxton Miller plans to return to Ohio State for his senior season in Columbus – for now. The emergence of redshirt freshman J.T. Barrett has caused many to speculate and wonder if the two-time Big Ten MVP can win back his old job next season after suffering a season-ending shoulder injury in August.

NFL.com is reporting this:

"Two sources close to Miller, however, say the quarterback's plan for now is to remain at Ohio State and lead the Buckeyes in 2015, according to NFL Media's Albert Breer."

If Miller earned his degree prior to the 2015 season, he could transfer and be immediately eligible at another FBS school. Russell Wilson did so in 2011 when he went from N.C. State to Wisconsin.

But, apparently, Miller will stay and battle for the job. Good for him. And good for Ohio State. But I find it difficult to believe he can unseat Barrett, who has been a sensation in leading Ohio State to a 9-1 mark and pacing the Big Ten in passing efficiency and total offense. He?s a better all-around quarterback than Miller and may be headed to New York as a Heisman Trophy finalist.

Could Miller move to another spot like, say, running back? I guess. But it?s not as if the Buckeyes will be lacking for options at running back with Ezekiel Elliott returning, among others. And given his propensity for injury, how would Miller hold up? He missed time in 2013 with a knee injury. Miller also had an ankle injury in 2012 and missed most of his senior season in high school with injuries.