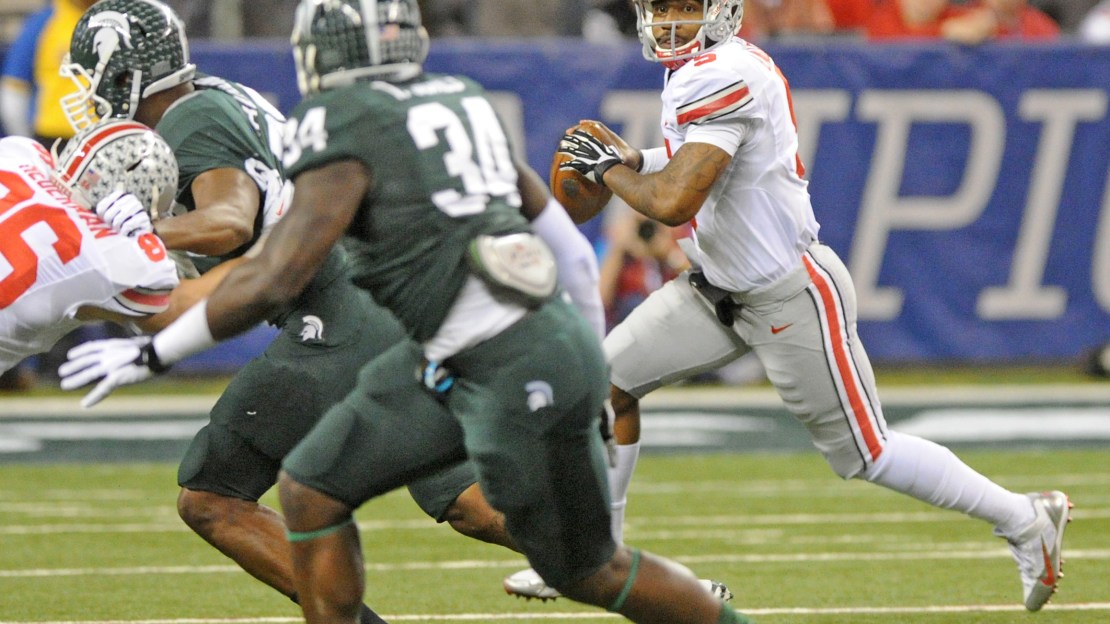 You knew Braxton Miller would have some kind of response to Taiwan Jones' recent jab.

The quote received more than its share of attention, and for good reason. After all, Miller is the two-time defending Big Ten Offensive Player of the Year and Chicago Tribune Silver Football Award winner. He was a preseason Heisman Trophy candidate, too, before suffering a season-ending shoulder injury.

Oh, and Jones and No. 8 Michigan State host No. 14 Ohio State on Saturday night in a game that pretty much will decide the Big Ten East champion.

Miller's response? It came on Twitter, and it said: "Never heard of the kid #34. 4 years unnoticed."

Barrett has done a miraculous job replacing Miller, no doubt about it. In his first eight games, the redshirt freshman leads the Big Ten in QB rating (170) and touchdown passes (23), to go along with six rushing touchdowns.

Clearly, Jones is sold on what Barrett has done to open his career. Whether he truly believes Barrett is better than Miller or if he was just trying to build up the opponent/have fun with the media, however, is anyone's guess.

Either way, he said it and Miller responded. And, of course, Michigan State fans had plenty of responses to remind Miller who Jones is.

The best part of the Braxton Miller tweet….is the replies. pic.twitter.com/pv6uuAOiHS