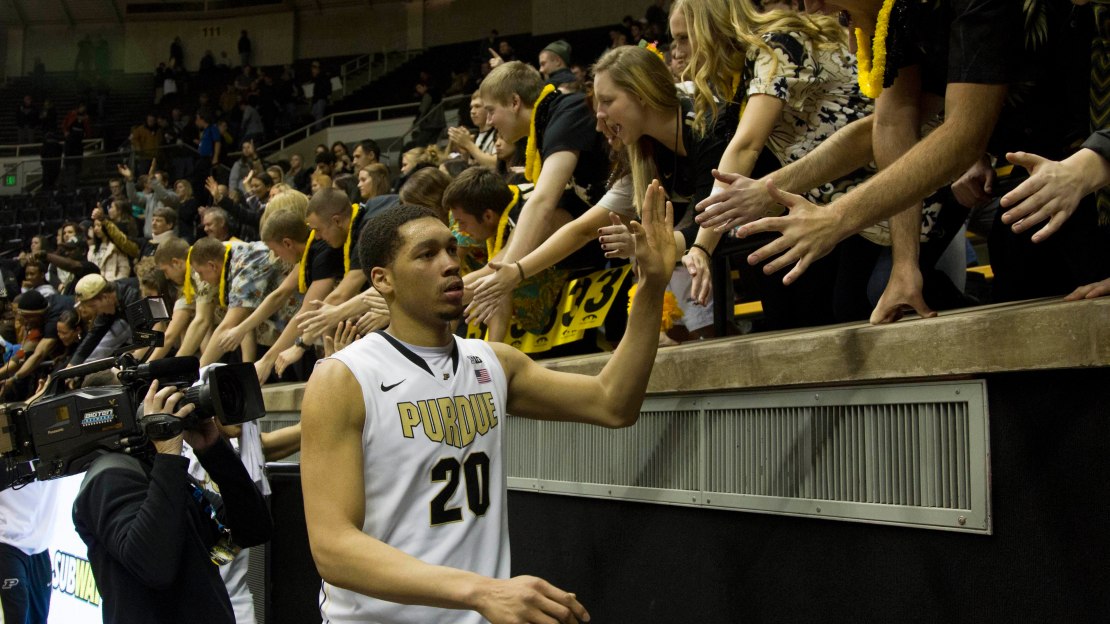 We've heard plenty about Purdue's A.J. Hammons, that he's developed an outside game and that he's a different player.

If Purdue's opening exhibition game vs. California (PA) Sunday afternoon is any indication, the rumors definitely have some merit.

Hammons, an enigmatic star in his first two seasons, showed he can step outside and hit the triple. He did that early on, and he looked smooth and natural in the process. Watch it here!

But, more importantly, Hammons looked more focused and committed in his 2014-15 debut.

Even if it was just an exhibition game – one Purdue won 89-52, by the way – Boilermaker fans should be excited by what they saw from Hammons (15 points, 5 rebounds, 5 blocks).

The junior wasn't the only Purdue big man who impressed. Nope, much-talked-about freshman Isaac Haas, all 7-foot-2 of him, impressed Purdue fans, too.

Watch a couple of Haas' highlights below.

Defense? Yeah, @BoilerBall freshman Isaac Haas can do that, too. Check out this block! http://t.co/D1hsMWw9jR