Teams on the rise: Nebraska included on Yahoo Sports' ranking 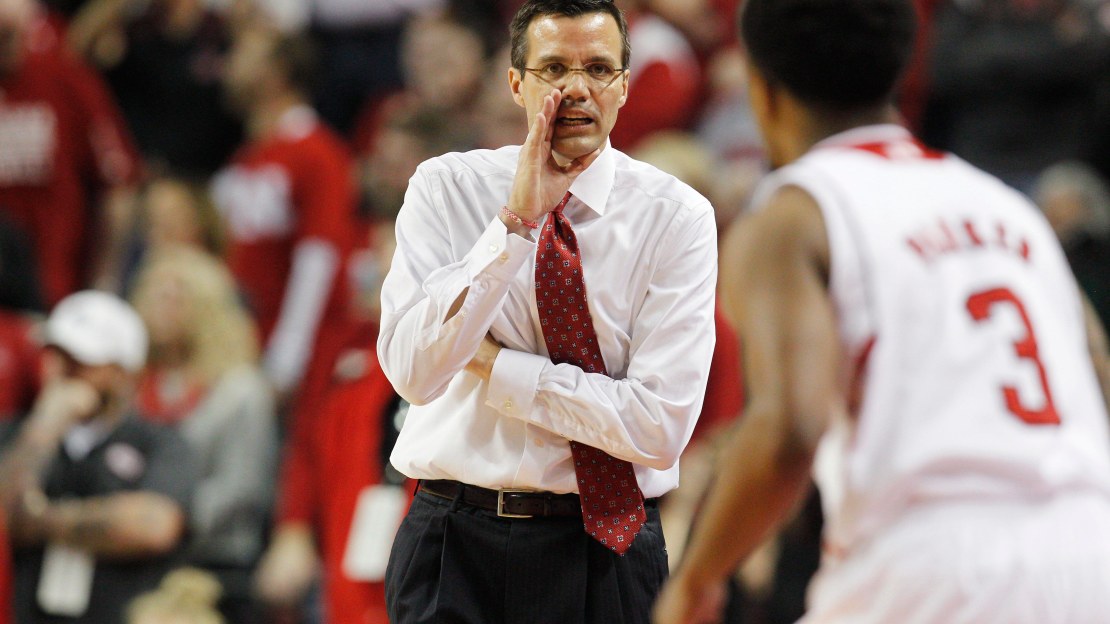 It's no secret that Tim Miles and Nebraska are on the rise.

Fresh of their first NCAA tournament berth since 1998, the Cornhuskers should expect even greater success in 2014-15, thanks to the return of a strong nucleus that includes Terran Petteway, Shavon Shields and Walter Pitchford.

So, what's in store this season?

One thing's for sure: Nebraska is no longer a team that can fly under the radar; it will be one of the "the hunted" teams in the Big Ten.

For what it's worth, we polled 14 beat writers, and they picked Nebraska to finish fifth in the Big Ten. More impressive: Six of the writers had the Cornhuskers finishing second or third.

Miles returns so much talent that Yahoo Sports' Jeff Eisenberg listed the Cornhuskers as one of his six teams on the rise entering 2014-15.

Here's a sampling of what Eisenberg says about Nebraska:

"Between the raucous sellout crowds at its sparkling new arena and an unexpected late-season surge to slip into the NCAA tournament, Nebraska enjoyed its most successful season in at least two decades last year. Now the Huskers will try to build on that success and show it was no one-year aberration. Nebraska has every chance to make loud crowds, marquee wins and national headlines its new normal thanks to the return of Big Ten player of the year candidate Terran Petteway, slashing wing Shavon Shields and most of last season's core."

Nebraska is the only Big Ten team Eisenberg included on his list, but he did give reigning NIT champion Minnesota honorable mention.

As for another Big Ten team worthy of inclusion, Illinois could make a strong case. John Groce not only returns plenty of talent, including Rayvonte Rice, but he welcomes heralded transfers Aaron Cosby (Seton Hall) and Ahmad Starks (Oregon State).