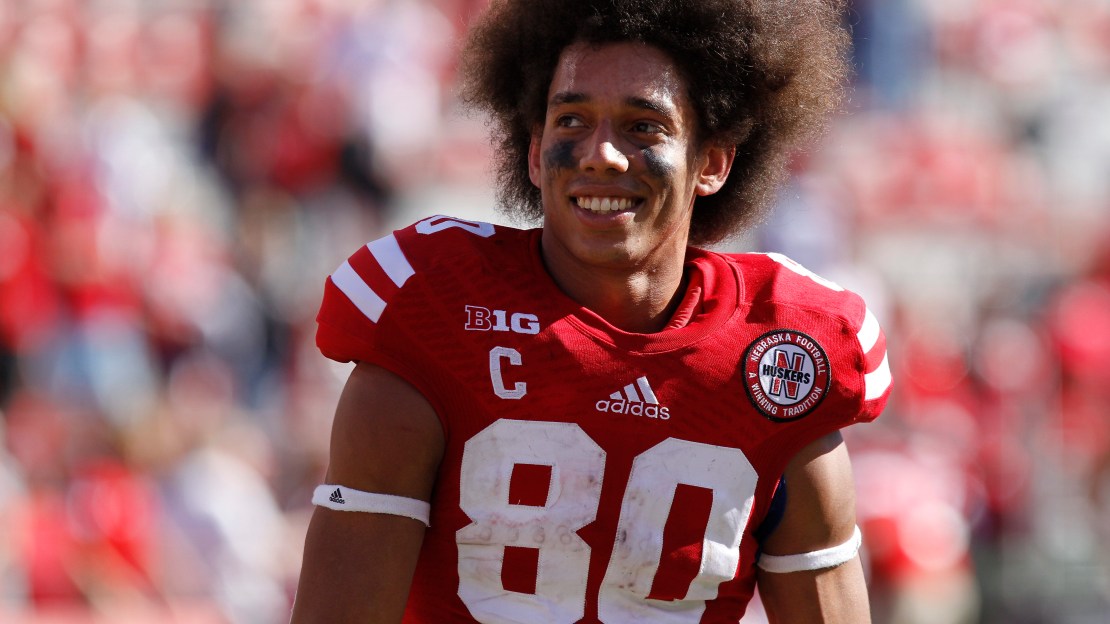 This was one of those fun days at Nebraska, a sun-splashed Lincoln fall afternoons when the tailgates linger into the night. There was much to celebrate.

The Cornhuskers manhandled Rutgers, 42-24, to move into a tie atop the Big Ten West with No. 24 Minnesota, which was upset at Illinois. The game never was in doubt. Ameer Abdullah was, well, Ameer Abdullah, running 19 times for 225 yards en route to notching a school single-game record 341 all-purpose yards.

"I don't know how he compares to anybody else,? said Bo Pelini. ?Ameer is Ameer, and he doesn't need to compare himself to anyone else. He's pretty special in his own way."

"He is very good,? Milewski said. ?Very good. All around, he did everything, caught the ball, ran the ball and returned the ball. I think he is good as advertised.?

When Pelini goes to bed tonight, he?ll know his team still remains in control of its own destiny in the wild, whacky and wooly Big Ten West. And, that has to make Pelini feel good. But, he was grouchy afterwards.

"Anything we get from Ameer is obviously good,? said Pelini. ?But let me tell you, our game was just sloppy defensively. And really, there were some special teams issues that came up.

?For this football team to get where we want to go, we have to be more consistent. I've said it and that means our guys have to be mentally tougher than they were today. They have to be more disciplined and execute at a higher level than what we've done up to this point."

While the rest of the Big Ten Nation focuses on Michigan State and Ohio State-rightly so-the Huskers are flying under the radar. And, that doesn?t happen too often for one of college football's iconic brands.

Nebraska is 7-1 overall and 3-1 in the Big Ten. The lone loss came at Michigan State, a 27-22 defeat to one of the nation?s top-10 teams. This is a Huskers squad that?s gaining confidence and momentum, and the West title is there for the taking; in fact, it figures to be decided by Nebraska?s last three games of the season: at Wisconsin; vs. Minnesota; at Iowa. At this point, I?m not picking against the Cornhuskers.

And if Nebraska can cap a Big Ten championship game appearance with a win over a top-10 Michigan State or Ohio State squad to finish the season 12-1, the Huskers may land a spot in the new four-team playoff, depending on what happens around the nation.

"We're good, but we can get better,? said Tommy Armstrong Jr. ?We're a dangerous team when we actually are all in and when we're giving 100 percent. We just have to make sure that we stay consistent. We are a dangerous team.?

Who will be the Huskers? biggest challenger in the West? Minnesota and Iowa are lurking. But it looks like Nebraska is on a collision course with Wisconsin. The Badgers were the pick of most to win the division. But the team has looked uneven, largely because of an inconsistent offense that has been limited by a spotty passing game. But Wisconsin may have turned a corner today in a dominating 52-7 victory over visiting Maryland, making those losses earlier this year to LSU and Northwestern seem like distant memories.

Wisconsin has one of the best defenses in the Big Ten, a swarming and attacking 3-4 unit that has sacrificed size to incorporate more speed under coordinator Dave Aranda.

"We haven't been completely healthy the whole year, but I feel like everybody is coming back," said outside linebacker Joe Schobert, who had five tackles, a sack and forced fumble vs. the Terps.

"We showed today what we could do today on defense at Wisconsin. We were being explosive and playing assignment-sound football."

And the offense may have turned a corner today. Wisconsin notched 527 yards of offense, with the passing game erupting for 216 yards. Joel Stave looked good in hitting 9-of-15 passes for 129 yards with two touchdowns. Tanner McEvoy did what he does well, running for 84 yards. Alex Erickson has the look of a go-to wideout this team so desperately needs with five catches for 121 yards and a TD. And when it comes to running the ball, no team is better than the Badgers. Melvin Gordon?s 122 yards led a rushing attack that had 311 yards.

It all sets up for a big meeting on Nov. 15 in Madison between Nebraska and Wisconsin, teams from the West that are lurking in the shadows of Michigan State and Ohio State.