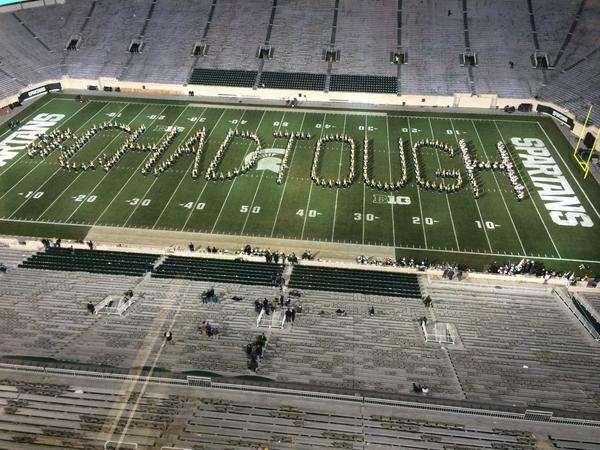 Cool as hell. Bigger than football. Both bands. #ChadTough pic.twitter.com/NgZZhxKxIo

Some things are bigger than football, and there was a tremendous example of it Saturday night.

It doesn't get much better than this.

Seriously. We have two schools that don't like each other coming together to support something that is so much more important than any game, any rivalry, pretty much anything. That's excellent.

The only thing that could have made this tribute better would be to do it pregame or at halftime, when the stadium was full.