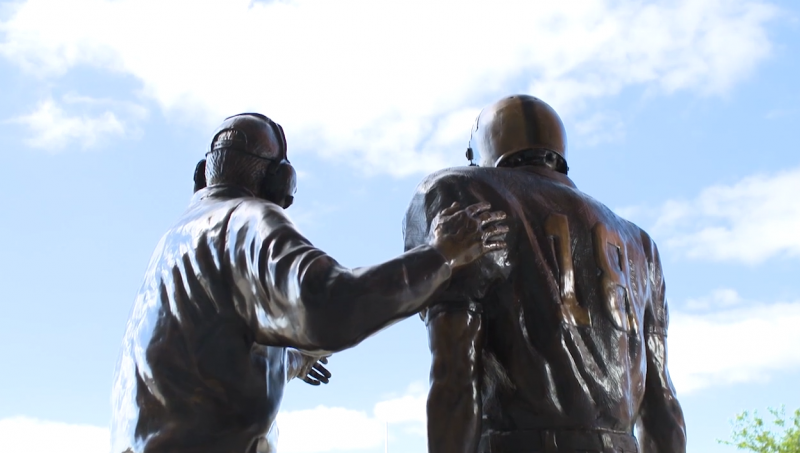 That says so much about Berringer's character, the impact he had on people, and Big Ten/Nebraska fans.

The film told the story of Berringer, an unheralded quarterback from the small town of Goodland, Kansas. A career backup, Berringer was the No. 2 quarterback behind Heisman Trophy candidate Tommie Frazier as the 1994 season unfolded. When Frazier was diagnosed with blood clots four games in to the season, Berringer was thrust into the starting role.

He won all seven games he started, in fact, and helped lead the Cornhuskers to an unbeaten regular season and a berth in the Orange Bowl against Miami, which they won to give legendary coach Tom Osborne his first national championship.

The next season, another national title year, Berringer lost the quarterback battle to Frazier. The following spring, on April 18, 1996, two days prior to the NFL draft, Berringer, 22, died in a plane crash near Raymond, Nebraska.

If you missed the feature-length documentary, here's when you can catch it again on BTN/BTN2Go:

Here's a small sampling of the tweets about the documentary:

I didn't grow up in Nebraska but grew up a #Husker fan because of guys like Brook Berringer and Tom Osborne – talent and character.

Is anyone else still crying? No? Just me? #brookberringer

Great BTN doc on Brook Berringer. Tragic story but yet he inspired so many. Need to be on everyone's watch list.

That was any believable good documentary on Brook Berringer, shows that your character influences others more than what you do on the field