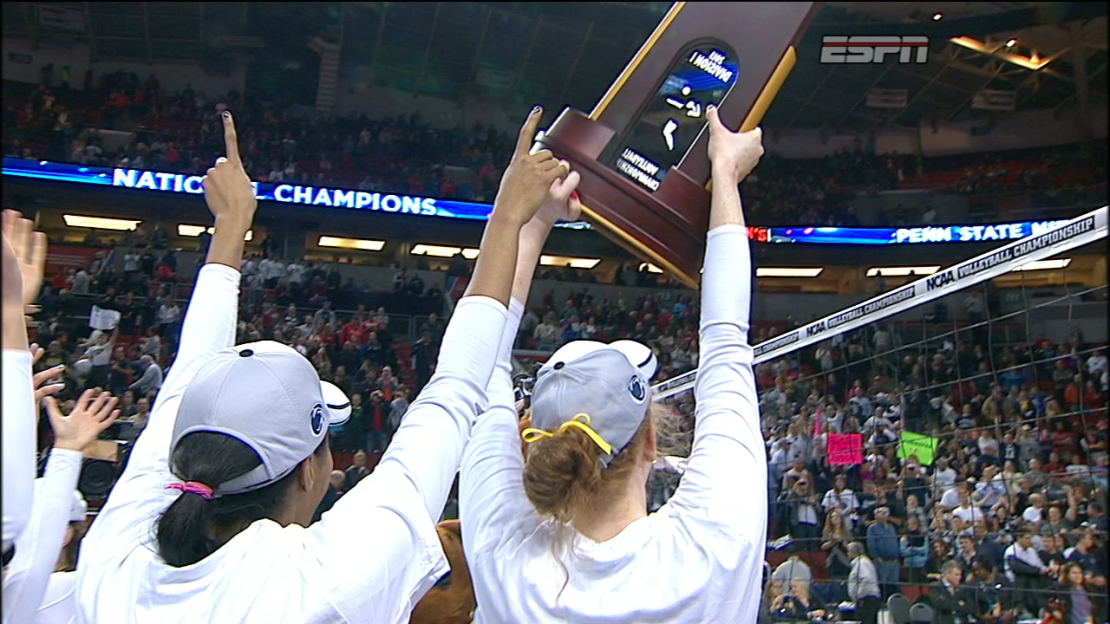 Welcome back! After nine months of waiting and a lengthy but necessary non-conference season, Big Ten volleyball is set take over our lives for the next two months. The 2013 campaign goes down as the best in league history, as seven teams reached the round of 16 and Penn State topped Wisconsin in the national title. Now, what will the Big Ten offer as an encore?

If the first four weeks have been any indication, the highest level of collegiate volleyball will once again reside among these 14 teams. That remains the case despite the Pac-12 owning a record of 12-6 against the Big Ten during non-conference play. While the Big Ten/Pac-12 Challenge may have gone the west coast?s way, there is no deeper or more talented league than the Big Ten, and December, as it always has been, will be the real test of conference supremacy.

Ten grueling conference weeks begin on Wednesday, and what better way to start off than with a rematch of last year?s national championship match?

Live this week on BTN/BTN2Go:

It is a cruel start to the Big Ten season when what could be this year?s premiere league matchup will be played for the only time this fall. With the addition of Nebraska, Maryland and Rutgers over the last three years, the days of playing each conference opponent twice are long past. Last year saw only one meeting between Penn State and Nebraska, so this is nothing new.

The positive: Big Ten play starts off with a resounding statement for one of these two teams. Match No. 1 has likely never carried this much weight in the Big Ten title race and though the teams may not be saying it, both of them know it.

Nearly 300 days have passed since the national championship match in Seattle, where Penn State defeated Wisconsin in four sets to claim its sixth national title. The Badgers return all but one starter, while the Nittany Lions have several newcomers playing significant roles.

Penn State is 12-1 following non-conference play with its only loss coming to No. 1 Stanford in five sets on the Cardinal?s home floor. Russ Rose?s team has swept 11 of 13 opponents and leads the nation in hitting percentage (.395) heading into Big Ten play. The Penn State staff brought in the nation?s top recruiting class this year, and the impact is apparent.

Freshman Ali Frantti leads the team in kills (134) and seems to be unfazed by the increased speed of the game that comes with moving up to the college level. Simone Lee is the second freshman making a significant contribution, and she returns to her home state for her Big Ten debut.

So much of the conversation that has surrounded the Nittany Lions this offseason has been about the youth and departure of icons like Deja McClendon, Ariel Scott and Katie Slay. However, the most crucial roles on the floor are occupied by seniors who are hoping to start another Penn State championship streak.

Micha Hancock, last year?s NCAA Tournament Most Outstanding Player, is one of nation?s top setters and continues to threaten every opponent with her serve, while Dominique Gonzalez is in her third year as the Nittany Lion libero. Nia Grant leads the conference in hitting (.525) out of the middle and Lacey Fuller is still making spectacular defensive saves when she gets on the floor. Add in junior Megan Courtney, who may be the team?s best all around player, and a resurgent Aiyana Whitney, and the word inexperience is hardly part of the Penn State conversation.

The Badgers played what is arguably the most difficult non-conference schedule of any Big Ten team and came away with only one loss. Wisconsin beat No. 13 Colorado State on the road in front of 7,000 fans and then almost walked away from a trip to Seattle with two wins over top 10 opponents. The Badgers beat No. 10 USC but fell to No. 5 Washington last weekend and proved that last year?s success was far from a fluke.

There are essentially only two changes for Wisconsin, which reached the national championship match for the first time since 2000: Taylor Morey has taken over the libero spot for Annemarie Hickey, and freshman Kelli Bates won the second left side spot from Deme Morales. Bates has been impressive in her first few weeks, being counted on to produce on the attack, as well as play back row against some of the nation?s best talent. Bates is third on the team in kills and digs and has played beyond her years, according to her teammates.

Similar to Penn State, Wisconsin will go as far as its setter can take it. Lauren Carlini was better than advertised last season, consistently making spot on sets to her hitters no matter where she touched the ball. Carlini elevated the entire Badger lineup, and she will continue to do so as a sophomore with increased knowledge of the league.

The Nittany Lions won all three meetings last year, with the first two coming in straight set matches that were considerably closer than the results indicate. There are still numerous unknowns being that the season is still young, but this match will likely come down to the setters.

If Hancock gets it going from the service line, like she did in the national championship match, and can set her team even close to its season average, the Badgers will be in for a tough night. Carlini will need to hold the Penn State block to give her hitters favorable matchups as well as look for her own attacks if Wisconsin is going to pull off its first win against Penn State since 2011.

This match could also sway depending on the play of the Badgers? leader in kills, Ellen Chapman. Chapman struggled to put the ball away against USC and Washington last weekend, hitting just .153 on 91 swings in nine sets. The Wisconsin senior will need to terminate better against Penn State to pull off the win.

Though it does not have conference title implications the way Wednesday?s match does, the Spartans visiting the Hoosiers, will certainly be a pivotal meeting for two teams still trying to work out who they will be for the 2014 season.

Michigan State is physically hurting, as freshman Holly Toliver and junior Halle Peterson are out indefinitely and freshman setter Rachel Minarick was battling an injury last week. The Spartans were not hitting their stride even before injuries started cropping up and a 7-4 start has revealed how much Michigan State misses Lauren Wicinski, Alexis Matthews and Kristen Kelsay.

Indiana played a soft non-conference schedule and ended up dropping three matches along the way. The Hoosiers needed as much tune-up time as possible for Big Ten play and could be facing Michigan State at the right time with the Spartans shuffling the lineup. Megan Tallman has taken over as the lone setter in the 5-1 for Indiana and Taylor Lebo has stepped in as another offensive weapon alongside Morgan Leach and Amelia Anderson.

Michigan State has the edge in this match with the talent gap in its favor but Indiana will have its chances if the Spartans? youth cannot get it done.