Big Ten Power Rankings: Perfect Nebraska moves up to No. 2 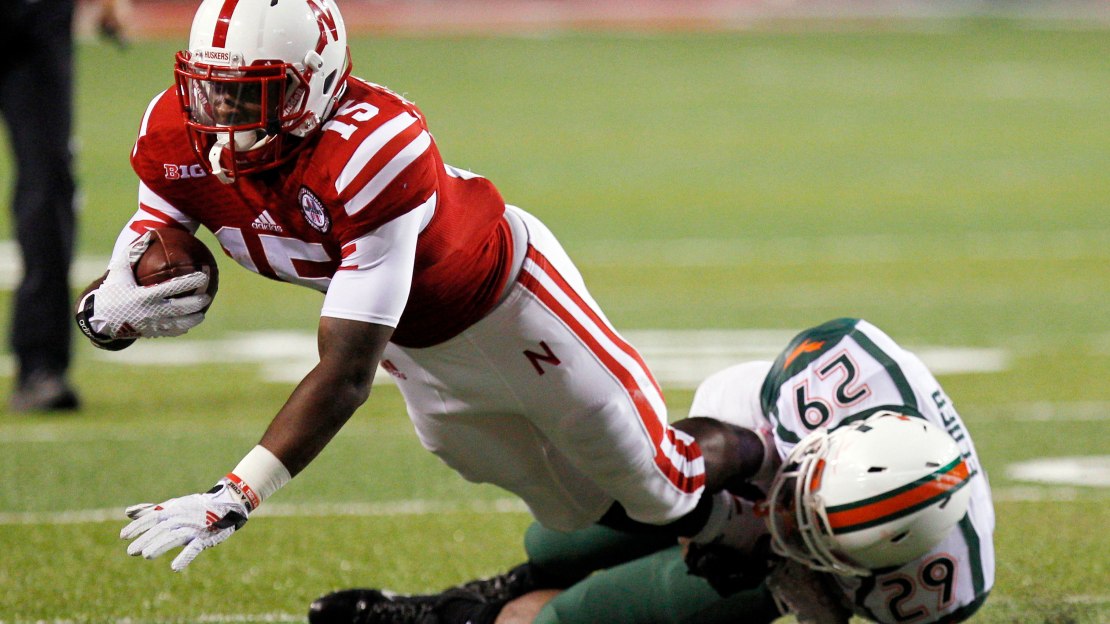 Michigan State still reigns supreme in my weekly Big Ten Power Rankings, with Nebraska on the heels of the Spartans. By the way: Michigan State and the Cornhuskers meet in East Lansing on Oct. 4.

1. Michigan State (2-1). The Spartans returned from a bye week in dominating fashion, destroying a foe they should have destroyed. This team only will get better. It?s on a mission to run the table.
Last week: 1
Up next: Wyoming

2. Nebraska (4-0). The Cornhuskers are rolling behind one of the nation?s best offenses. You've heard it before, but Ameer Abudllah is an absolute beast. Could this be the best team in the West?
Last week: 3
Up next: Illinois

3. Penn State (4-0, 1-0). The Nittany Lions are coming off their most complete effort of the season and look primed to start 6-0. Could this team really contend for the Big Ten East title?
Last week: 4
Up next: Northwestern

4. Ohio State (2-1). The Buckeyes were off, giving them time to shore up the offensive line and pass defense. This is the Big Ten?s most talented team. Will its record reflect that by late November?
Last week: 2
Up next: Cincinnati

5. Wisconsin (2-1). The Badgers roared loudly coming off a bye week. The offense figures to keep getting better as Tanner McEvoy becomes more comfortable.
Last week: 5
Up next: South Florida

6. Maryland (3-1). The Terrapins are one of the league?s more talented teams. And its confidence is growing with each successive triumph. But the defense needs to tighten.
Last week: 6
Up next: at Indiana

7. Iowa (3-1). The Hawkeyes still may win the Big Ten West after showing heart-and a revived offense-in a big win at Pitt. C.J. Beathard has to be the starting QB, right?
Last week: 10
Up next: at Purdue

8. Rutgers (3-1, 0-1). The Scarlet Knights continue to show they will be a force to be reckoned with because of a strong ground game and stout front seven on defense.
Last week: 9
Up next: Tulane

9. Minnesota (3-1). The Golden Gophers are a resourceful team that just won a game while completing only one pass. This may work vs. San Jose State, but it won?t in the Big Ten.
Last week: 8
Up next: at Michigan

10. Indiana (2-1). The Hoosiers rebounded big-time coming off a horrid loss at Bowling Green to notch a big victory at No. 19 Missouri, IU?s first win vs. a ranked foe since 2006. The next question: Can IU show consistency?
Last week: 11
Up next: Maryland

11. Illinois (3-1). The cardiac Fighting Illini continue to find a way to rally to victory in the fourth quarter, doing so for the third time in 2014. But can this team learn to start faster?
Last week: 12
Up next: at Nebraska

12. Michigan (2-2). The Wolverines are back to Square One following a humbling home loss to Utah. Will the offense ever get on track? This team and season seem to be teetering on the edge, as the Wolverines are 4-8 in their last 12 games.
Last week: 7
Up next: Minnesota

13. Northwestern (1-2). The Wildcats got a much-needed win to halt a six-game home losing streak, but questions still nag.
Last week: 13
Up next: at Penn State

14. Purdue (2-2). The Boilermakers already have doubled their win total from 2013. Can Purdue notch a Big Ten victory this season? It just may happen if Danny Etling keeps improving and the defense keeps generating turnovers.
Last week: 14
Up next: Iowa