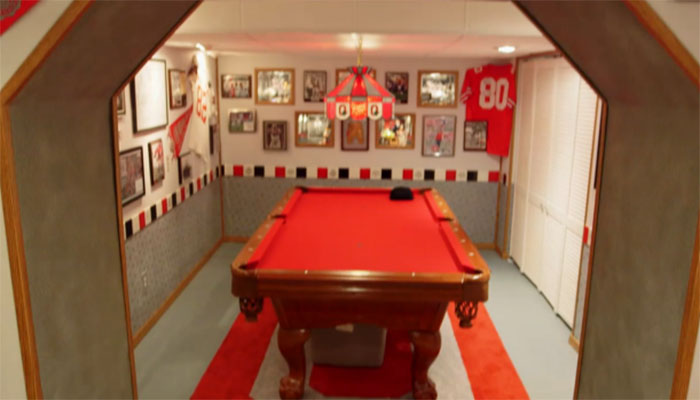 Are you a fan of Big Ten memorabilia? Do you have any Big Ten collectables laying around the house? If so, be sure to catch the premiere of "Big Ten Treasure Hunter," BTN's new feature show, at 8 p.m. ET tonight on BTN/BTN2Go.

Memorabilia expert John Arcand will embark on a new journey each week, traveling throughout Big Ten country to offer his opinion on Big Ten memorabilia collections - and offer to buy items from collectors.

BTN.com caught up with Arcand to get his thoughts on the show and provide a sneak-peek of what to expect this season.

Q: How did you get into the memorabilia business?
A: I've been doing this forever. I started collecting as a pre-1o year old, where I would go around on my bicycle, through alleys and neighborhoods, asking if I can take things from people's garbage. I remember I used to store cards up in the attic. It was a secondary source of income for me for a while, and then in 1988, it became my primary job.

Q: I?m sure you got the chance to see and evaluate a lot of neat memorabilia through this show. Without giving too much away, can you give me a preview of a couple of the really unique things that were submitted?
A: We had the good fortune of talking to a Purdue guy who had some great All-American Purdue memorabilia. He said he had a lot of connections, which helped him get some of this unique stuff. He had memorabilia signed by coaches, even as far back as 1932; he had a piece of memorabilia signed by Purdue coach Ward Lambert. It was very neat to see this basketball memorabilia, signed by guys who played on same team as John Wooden.

Q: How do you tell if something is truly authentic?
A: When I'm previewing a room of memorabilia, most of the rooms have thousands of pieces. I try to find the pieces that really stand out, so if it's Rose Bowl memorabilia, I'm looking for Heisman trophy winners or someone who went on to win a Super Bowl. I always pay attention to where it came from. We compare it to diamonds. If it has great clarity, you know it's good. The same goes with collectibles. Anything with holes or anything that is not in perfect condition, it really detracts from its value.

Q: What Big Ten school had the most submissions?
A: I would have to say we immediately filled a void with Michigan. They had a little bit of everything. I saw some things signed by President Gerald Ford, who of course played for the University of Michigan in the 30s. It's usually a lot easier to find a home for that type of stuff.

Q: It sounds like you see a lot of autographed memorabilia. How do you know those are real?
A: I get asked that all the time. What I can do is tell you when something is not real. I look at the signature and the characteristics and compare them to real autographs. Sometimes, I will even look on eBay to see how they compare to the authentic autographs. You can often tell by that. If, for some reason that doesn't work, I will search for a second opinion, if needed.

Q: Now that you have been doing this for a while and you've seen your fair share of Big Ten memorabilia, what is something you would like to see submitted?
A: I've seen a lot of items, but what I always like to see is something that is unique. I want to see something that is not an everyday item — something that didn't come off the shelf of a store in the last five years. And then, my goal is to help people understand what it is and what the value is.

Q: Do you have any tips for people submitting memorabilia to you?
A: I would say try and find something innovative and a little more scarce — stuff you don't run into every day. Some people have complete households of memorabilia. I've seen a phenomenal Michigan collection. I can only imagine how much fun we're going to have with this once viewers see the entertainment and value in it.

If you have a special piece of Big Ten memorabilia sitting around the house, our "Big Ten Treasure Hunter" crew wants to learn about it.

Tell us about it here or fill out the form below..