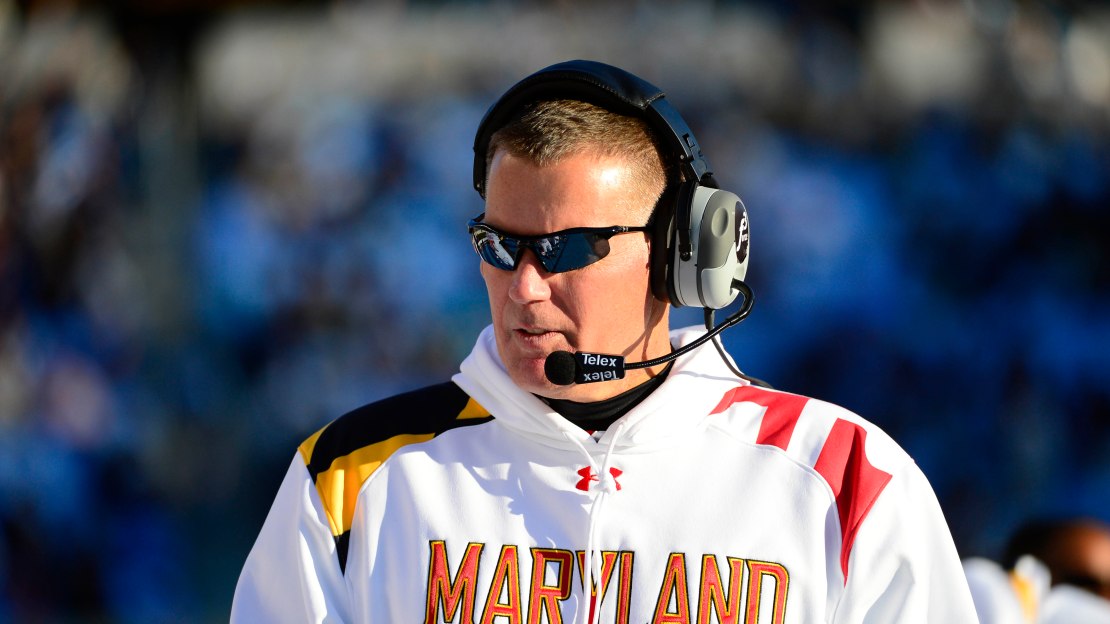 Week 3 isn?t filled with a plethora of sexy matchups, but there is no lack of intrigue as the Big Ten looks to rebound from a rough Saturday. A big highlight is the first Big Ten game of the season, as Penn State visits Rutgers in what suddenly is an intriguing East Division game. I offer thoughts on that and other topics in "Fourth-and-Long."

I?ll go ahead and say it: This visit from Penn State for Rutgers is a bigger deal than when No. 3 Louisville came to New Brunswick in 2006 and the Scarlet Knights won. This is Rutgers? first Big Ten game. It?s against a burgeoning rival from the East. It?s in prime time. Rutgers is 2-0. Kyle Flood just got a contract extension and raise. Penn State is 2-0 with a bounce in its step after getting its bowl ban lifted. High Point Solutions Stadium will be packed. The joint will be jumping. Can you feel the buzz? A win here could serve as an impetus to the Scarlet Knights' program. This is exactly what the Big Ten and Rutgers dreamed about with the Scarlet Knights joined the conference. And it?s happening this soon.

Read more of our Week 3 coverage:

I may be in the minority on this, but I think the Big Ten should be done with playing Notre Dame ever again-in any sport. Purdue?s series with the Fighting Irish will take a long break after this Saturday?s meeting. And Michigan State has some ND games on the horizon, while Ohio State recently announced a series with the Irish. We just saw the last Michigan-ND game for who knows how long. Good. Look, Big Ten schools should move on and ignore the Irish in all sporting endeavors. It?s not as if Big Ten schools are desperate for money or good opponents. Is this a bit petty on my part? Perhaps. But, who cares? ND is all about ND. Why help the Irish in any way? I?m still stunned the ACC is letting Notre Dame have its cake and eat it too by granting it a pseudo membership.

The Big Ten had a flat tire last Saturday. No dancing around it, with Michigan State (Oregon), Ohio State (Virginia Tech) and Michigan (Notre Dame) all falling in high-profile games. Unfortunately, the league really won?t have any other chances to impress on a national level until the postseason. The most intriguing remaining non-con game? Miami (Fla.) at Nebraska. If this was 1983, that would be a great game. Neither team looks vintage this season.

The Big Ten has three games vs. the MAC this week: Indiana at Bowling Green; Miami (Ohio) at Michigan; Kent State at Ohio State. It won?t lose any of them. At least it better not, coming off a rough weekend that saw the Big Ten lose twice to the MAC: Northern Illinois won at Northwestern and Central Michigan prevailed at Purdue.

Let the great debate rage: Who is the best quarterback in the Big Ten, Penn State?s Christian Hackenberg? Illinois? Wes Lunt? Michigan State?s Connor Cook? I tell ya what: I?m leaning toward Lunt.

Speaking of signal-callers…: The season isn?t even three weeks old, and some teams are dealing with issues and tumult under center. Purdue pulled Danny Etling in the fourth quarter last week during a dreary home loss to Central Michigan and inserted Austin Appleby. Northwestern saw Trevor Siemian hurt a leg and leave the NIU game and Zack Oliver came in. (Siemian is OK.) Minnesota saw Mitch Leidner hurt his knee and depart the MTSU tilt with Chris Streveler coming in. (Leidner is supposed to play this week at TCU.) Wisconsin has seen two-year starter Joel Stave deal with an inexplicable inability to throw the ball, allowing Tanner McEvoy to win the job. Ohio State saw Braxton Miller?s season end with a shoulder injury in camp, forcing J.T. Barrett into action. Indiana saw Tre Roberson transfer over the summer, handing the job to Nate Sudfeld. And on it has gone. Kinda strange.

Who needs a bye the most this week: Northwestern, Wisconsin or Michigan State? I think it?s the Spartans. MSU faced the ultimate test last weekend when it went to Oregon. No shame in the loss. It?s safe to say that the Spartans won?t face a better team the rest of the season. This is a chance to fix the issues in the secondary and get the offensive line in shape for a run at Big Ten perfection-and a possible playoff berth. MSU can do it.

I?m torn on how I feel about Penn State getting its bowl ban lifted immediately and scholarships restored to 85 by 2015. It's great for the current players and staff, who had nothing to do with the Jerry Sandusky scandal, for which sanctions were announced in the summer of 2012. Yet, here we are-not even three years into what at the time was deemed by some as one of the worst scandals in college sports history-and the most damaging sanctions already have been expunged. What happened? You can argue if the NCAA even should have been involved in the first place. Regardless, it was involved. But now, the most crippling penalties already have been melted away in less than three years.

The most pleasant surprise so far? It has to be Rutgers, opening 2-0. The Big Ten needed this to help buffer some of the critics who howled when the Scarlet Knights joined the Big Ten. What was Rutgers going to bring to the table aside from location and strong academics, some wondered? Well, maybe this football program is better than many thought.

The big off-the-radar game this Saturday? Illinois at Washington. This is a beatable Huskies team. Can the Fighting Illini trek west and beat U-Dub behind the golden arm of West Lunt? Illinois must run better and show it can defend the pass, all while playing in one of the nation?s toughest environments. If Illinois prevails, it would have a good shot to start 4-0 with a visit from Texas State next. That would set up an interesting game at Nebraska on Sept. 27.