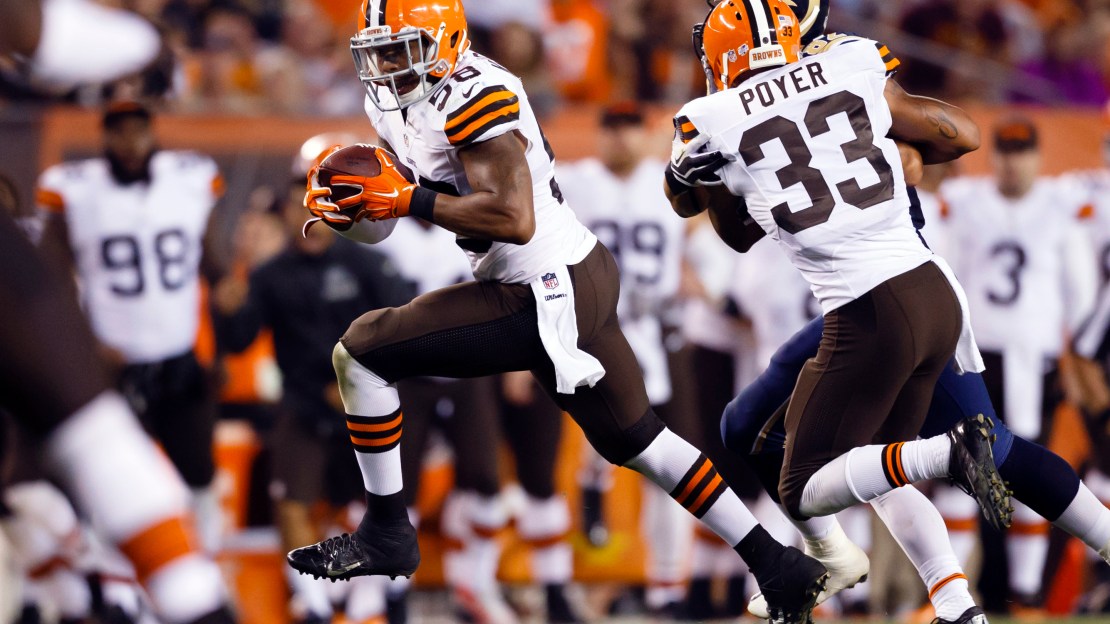 Former Iowa linebacker Christian Kirksey has yet to play a down in a real NFL game. It doesn't matter, because he'll always be remembered no matter how his pro career goes. Kirksey is part of a hilarious Madden '15 video game glitch.

Get our latest Gone Viral posts:

The game has Kirskey, 6-foot-2, at 1-foot-2. Evidently, the mistake is part of the "Madden Solo Challenge" mode, according to this story. It also has Kirksey in a Tennessee Titans uniform instead of the Cleveland Browns.

Look how small he is!

Why is he small pic.twitter.com/tXjWHoeuJC

HE GOT THE FUMBLE pic.twitter.com/O8rg8hdhlj

Kirksey had a good laugh about it.

No matter how small you are, have big dreams, and live big! #madden #glitch #1'2 #reallyLOL #goodmessagetho

This glitch of me on madden is hilarious might I say! #lol #laughitsgood