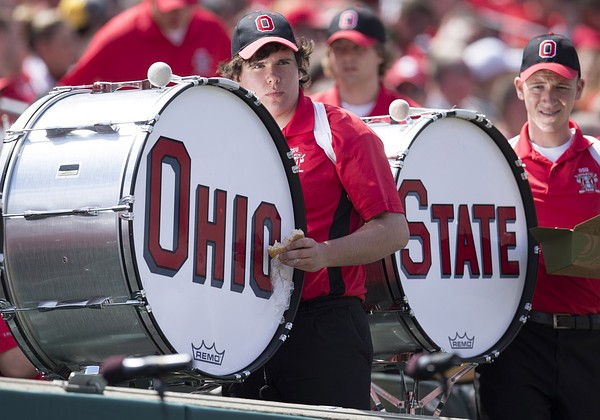 Kickoff is fast approaching. To help count down the days to Aug. 28, the BTN.com team is discussing one topic every day. Think of it as our countdown to kickoff. Today?s topic: East top tradition?

Tom Dienhart: Script Ohio. This one's easy, and I'll keep it short: There is nothing better than watching script ?Ohio? get formed by The Best Damn Band In The Land. Capped, of course, by the doting of the ?I.?

Sean Merriman: Script Ohio. This pregame tradition is like no other in college football. It actually dates back all the way to 1936, which gives you an idea of what a rich history this tradition has. The OSU band caps Script Ohio by the "dotting of the I, which gives Buckeye fans chills down their back, and rightfully so. There are some really good traditions throughout this conference, but when it comes to the best of the best, Script Ohio tops the list.

Brent Yarina: Go Blue Banner. "Script Ohio" is magical and I always love a Beaver Stadium White Out, but Michigan's dramatic entrance is something that can get any football fan's heart racing. The playing of "The Victors" is cool on its own. Throw in the players running out of the tunnel and jumping to touch the Go Blue Banner at midfield, and it's amazing the players can make it to kickoff. It's such a cool sight, moment.