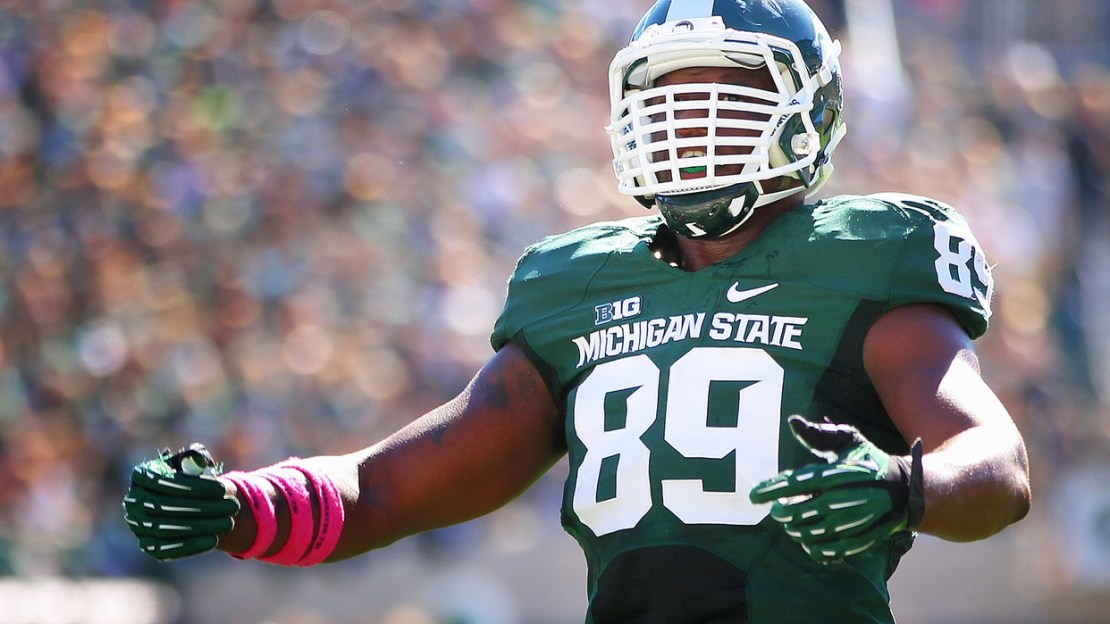 Kickoff is fast approaching. To help count down the days to Aug. 28, the BTN.com team is discussing one topic every day. Think of it as our countdown to kickoff. Today?s topic: East top pro prospect? See Tom Dienhart, Sean Merriman and Brent Yarina?s picks in this post.

Tom Dienhart: Christian Hackenberg, QB, Penn State. The last Big Ten quarterback selected in the first round? It was Penn State?s Kerry Collins in 1995. It?s fitting that the next could be another Nittany Lions signal-caller. ?Hack? is just a sophomore, but he?s already special and has a bright future.

Sean Merriman: Shilique Calhoun, DE, Michigan State. Finding an elite-level pass rusher is such a high commodity in the NFL. That is exactly what one NFL team is going to get in Calhoun. This is a guy who is a menace to quarterbacks, recording 7.5 sacks, 14 tackles for loss, 18 quarterback hurries, four fumbles recoveries and three defensive touchdowns. Calhoun is a game-changer, and that is something NFL scouts will fall in love with when they see Calhoun play.

Brent Yarina: Shilique Calhoun, DE, Michigan State. One of the Big Ten's top pass-rushers last season, Calhoun continues to grow into his 6-5 frame. He's added 20 pounds since the beginning of last year, and the extra muscle on his 260-pound NFL-ready body should help him get to the passer more often and improve his play against the run. This is a future first-rounder who has the makeup and drive to improve year in and year out.