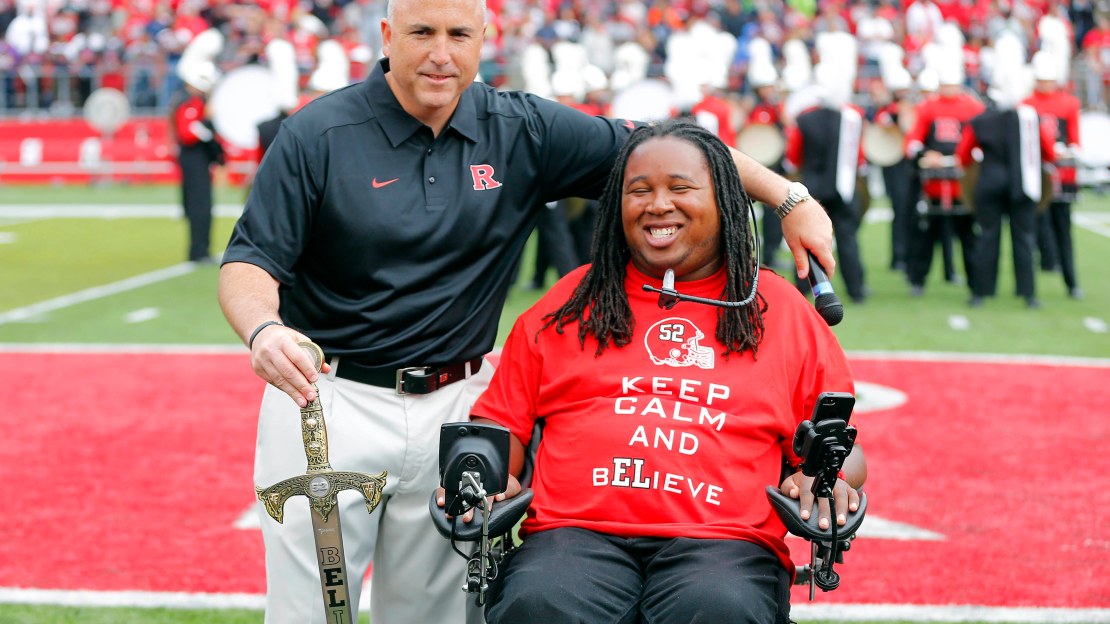 Two of the most inspiring players in the history of Rutgers and Penn State football will be re-united when the schools meet for the first time as Big Ten opponents on Sept. 13 at High Point Solutions Stadium.

Eric LeGrand, of Rutgers, and Adam Taliaferro, of Penn State, forever linked through spinal cord injuries suffered on the field and their courageous recovery efforts that followed, will serve as honorary game captains, it was announced Tuesday.

Both players will be on the field for the pre-game coin toss. The game starts at 8 p.m. ET on BTN/BTN2Go.

?It?s going to be pretty cool,? said LeGrand, whose No. 52 is the only retired jersey in Rutgers history. ?Adam is a role model for me. From meeting him for the first time, seeing him on his feet again when doctors told him he?d never be on his feet, he has really pushed me during my recovery.

?He?s still a big inspiration to me.?

Exited to be an honorary captain for @RFootball vs @psufootball and @Tali43 going to be an exciting day http://t.co/KLx01Hph7x

For Taliaferro, the feeling is mutual.

?For me, it?s an absolute honor to share this with Eric,? he said. ?Eric has inspired me ever since his injury and continues to do so each and every day.?

Truly honored to serve as an honorary captain with my man @EricLeGrand52 for the @RFootball vs. @psufootball game http://t.co/zFSLzM8q3B

Taliaferro suffered a career-ending spinal cord injury making a tackle against Ohio State in a game on Sept. 23, 2000. Paralyzed by the injury, when he ruptured his 5th cervical vertebrae and bruised his spinal cord, the Voorhees, N.J. native was given a five percent chance by doctors of ever walking again.

He has made a full recovery.

LeGrand was paralyzed while making a tackle on a kickoff against Army at MetLife Stadium on Oct. 16, 2010, fracturing both his C-3 and C-4 cervical vertebrae.