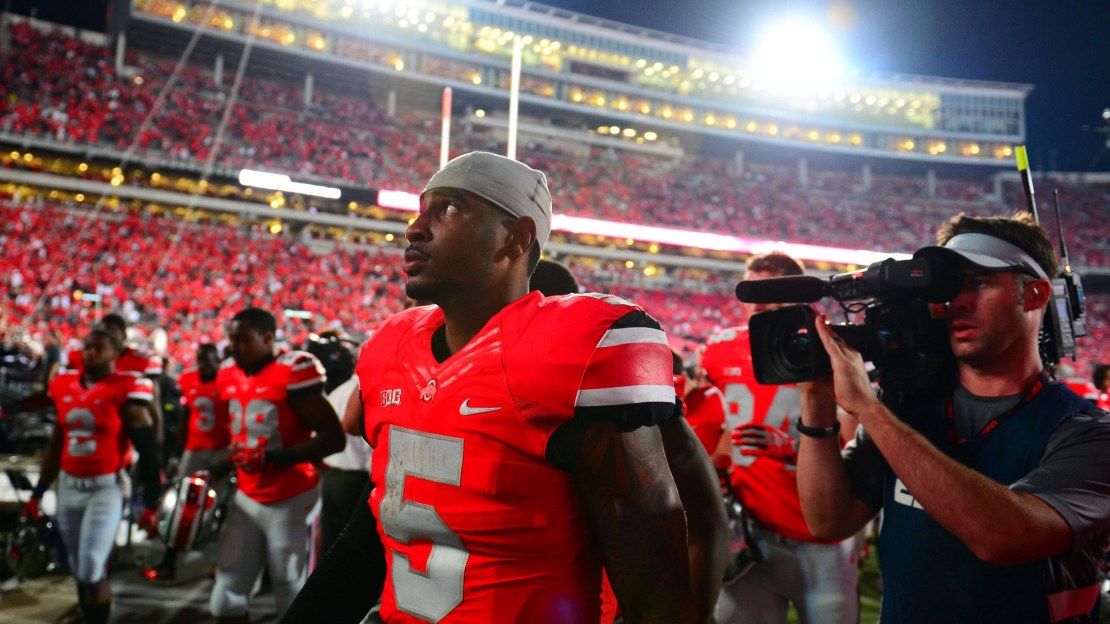 Kickoff is fast approaching. To help count down the days to Aug. 28, the BTN.com team is discussing one topic every day. Think of it as our countdown to kickoff. Today's topic: East most exciting player? See Tom Dienhart, Sean Merriman and Brent Yarina?s picks in this post.

Tom Dienhart: Braxton Miller, QB, Ohio State. C?mon ? can there really be anyone else? Nope. Miller is the ultimate weapon, a true one-man gang who can score any time he touches the ball. His ability to improvise is stupefying, and he's won Big Ten Offensive Player of the Year each of the last two seasons.

Sean Merriman: Stefon Diggs, WR, Maryland. The Big Ten East is loaded with playmakers from top to bottom, but when talking about the most exciting player of the group, Diggs gets my vote. This is a guy who can change the momentum of a game any time he touches the ball, be it on offense or on special teams. Diggs has good size, solid hands and blazing speed, all the ingredients needed to make up an electric playmaker. If you haven't had a chance to watch this guy play yet, do yourself a favor and do so. You won't regret it.

Brent Yarina: Braxton Miller, QB Ohio State. Blessed with unreal athleticism, Miller is one of the few players who could play quarterback, running back and wide receiver, and be a star at any one of them. Every time Miller touches the ball, he's a threat to take it to the house. He's arguably the Big Ten's best runner, averaging 5.5 yards per carry – remember, sacks count against rushing yards – and totaling 32 rushing scores. He's so exciting, he can take your breath away on one-yard runs. See video above.