John Papuchis Q&A: 'We have a very talented group' 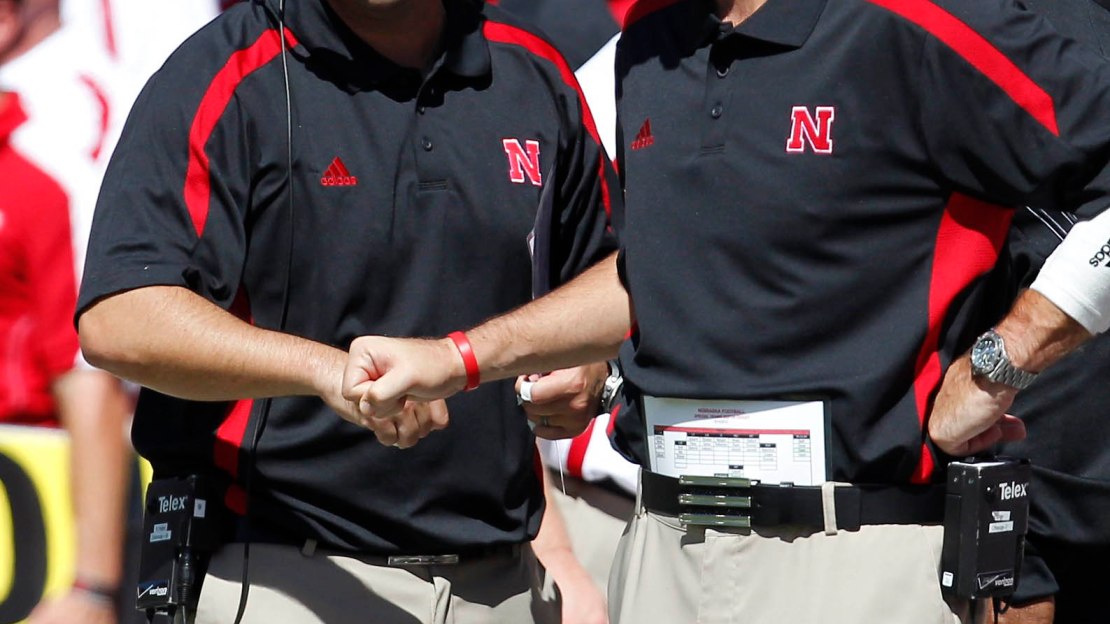 Nebraska has been looking for a consistently strong defense the last three years. Well, the Cornhuskers finally may have one. In fact, Nebraska may have one of the best defenses in the Big Ten this fall. The unit has teased in recent years while also suffering some big meltdowns.

The defense has grown since then, as it continues to work in talented youngsters for a unit that ranked sixth in the Big Ten in scoring (24.8 ppg) and No. 4 in total defense (370.8 ppg).

I talked with coordinator John Papuchis to get his thoughts on his 2014 defense that welcomes back seven starters.

Q: Could this be your best defense in the last three or so years?
A: It definitely has the potential. I don?t think we are there yet. There?s a lot of work still to be done. We have a very talented group. If the work is done in camp and we prepare ourselves appropriately, we have a chance to be really good.

Q: How good could the line be?
A: We have some good depth at tackle. Maliek Collins has had a really good spring and summer. I think he?s excited and I?m excited to see him get going. We saw flashes of Vincent Valentine last year. He?s just such a big, physical guy inside. He gives us that presence inside we have been lacking. Behind them, we have good depth. Aaron Curry, Kevin Williams is coming of injury, Kevin Maurice got some playing time as a true freshman. We have some good competition.

At end, we have Randy (Gregory) and Greg (McMullen) who have experience. One of the keys will be determining the next two guys. We have some numbers and talent, but no one has played yet. Finding the third and fourth end will be critical for us. We have more experienced depth at tackle but more numbers at end.

Q: What do you like about the linebackers?
A: We feel like they all can run. Josh Banderas has really had a great offseason and has put himself in a position to compete for a starting Mike spot, if not for an outside spot. He has the versatility to play all three linebacking spots. Zaire Anderson had his best offseason. He has been here a couple years after coming from a JC and is understanding what it takes at this level. He sees his senior year as a chance to end on a good note. Michael Rose, Courtney Love and David Santos, they all have played important snaps for us. As a group, we are athletic. It will be one of the more interesting position battles to watch on the team.

Q: Who will be the starting linebackers?
A: We are trying to find the best combination of three. There could be some position moving early in camp. You?d think Rose, Banderas and Trevor Roach will be at Mike; Anderson and Love at Will; Santos at outside ?backer. We will see how it plays out.

Q: Is the secondary OK?
A: Safety will be interesting. Corey Cooper had an exceptional year a year ago. He was the leader of the defense. But he missed spring. Nate Gerry, a linebacker, moved to safety. He and LeRoy (Alexander) had tremendous springs. We have three guys at safety we could play and feel good about. The fourth and fifth guys will be a freshman in D.J. Singleton and a transfer named Kieron Williams. One of them will need to be brought along quickly. I feel good about the safeties.

At corner and nickel, we have a ton of athleticism but not much experience. Josh Mitchell is the one guy who has played a lot. Jonathan Rose is a transfer from Auburn, Daniel Davie is healthy after missing time. He has a ton of talent. He?s a guy we have been waiting to see breakthrough. Byerson Cockrell is a JC guy who had a great spring. He may have been the most pleasant surprise in the spring. Boaz Joseph is another guy. We have a bunch of guys competing. And freshmen, too, Chris Jones, Trai Mosley. They will compete along with Josh Kalu.

Q: Any new wrinkles to the scheme?
A: In the offseason, we looked hard at what we did well and what we did well that accentuated the strengths of the players we had. So, instead of trying to add, we have gained by subtracting a bit and focusing and emphasizing what our guys do best. I think that has helped. We have a good foundation of knowledge for our guys and need to build on that.

Q: Which unit do you feel best about?
A: As a starting group, I feel really good about the d-line. I like our depth at linebacker. I like our athleticism in the secondary. The starters on the d-line have a chance to be really special.

Q: Which unit do you think needs to develop the most?
A: A key is to solidify depth at end. I feel good about McMullen and Gregory. We have talent and ability with six or seven guys behind them, but no one has played. We need to get them ready in camp and decide who is No. 3 and who is No. 4 and how the depth will rotate.

Q: Who needs to step up for this defense to be special?
A: For us to be the defense we envision, I think Maliek Collins and Vincent Valentine have tremendous upside. This will be an important year for them to put it together. They are just sophomores. It is critical to win inside in the trenches. Josh Banderas is key because he can play a lot of positions at linebacker. Mike Rose has done a really good job of being a leader. In the secondary, Corey Cooper has gotten better each of his five years in the program. It will be fun to watch him continue to grow.