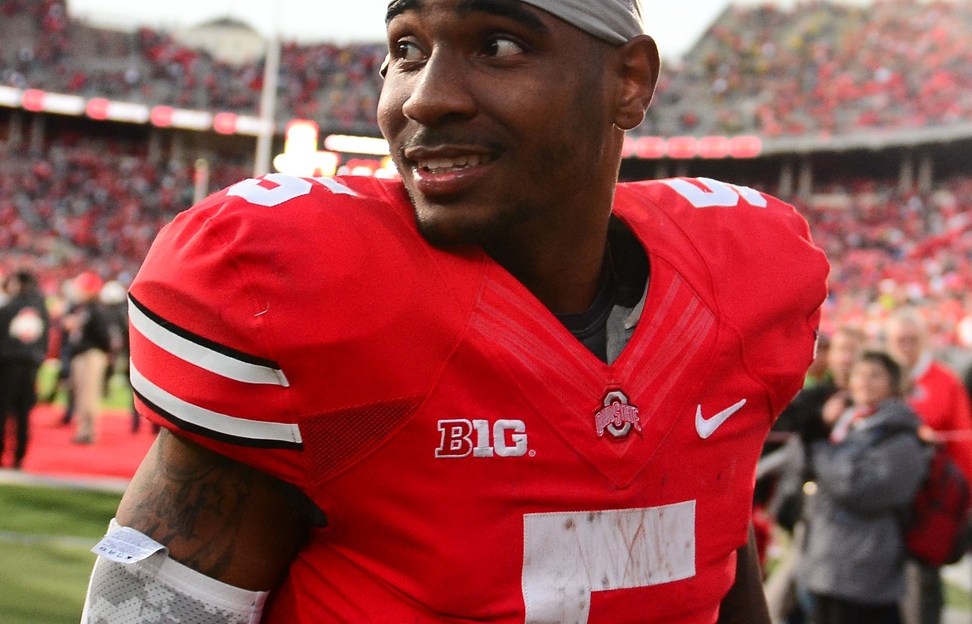 How often do some of the best players from all 14 Big Ten teams gather under one roof? Once a year, at the annual Big Ten media days. To take advantage of the opportunity, we conducted a Big Ten poll that asked one player from every team the same five questions. Who?s the preseason Big Ten favorite? What?s the toughest road venue? See all the results in this post.

Editor?s note: Player responses were anonymous, and they could not use their teammates/stadium/coach/uniform in answers.

Quote on Ohio Stadium: ?Extremely loud place. It?s built up, not out. That student section in the corner will get to you.?

Quote on Dantonio: ?He?s a defensive-minded coach that seems like a great leader.?

Quote on Ohio State uniform: ?I like their Nike Pro Combat Uniforms. They?re nice and fresh.?

Quote on Miller: ?Big name guy that has some accolades. Fast, dual-threat quarterback.?