B1G links: How does West stack up vs. East? 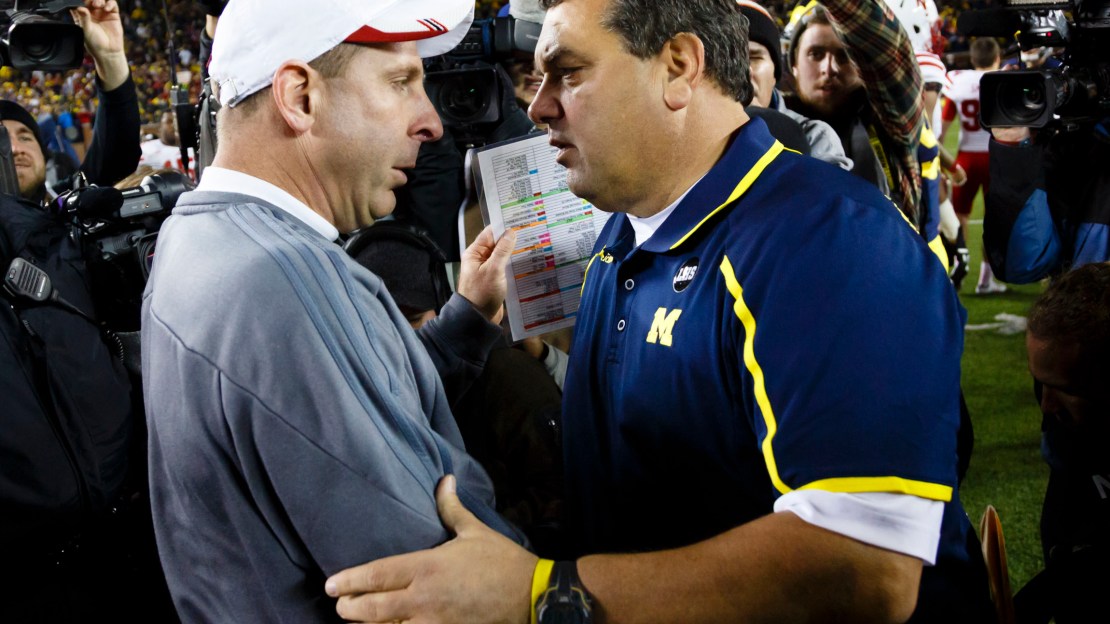 When the Big Ten was drawn into new division alignments, much was made about the perceived strength of the East. It does look loaded with the likes of Michigan, Michigan State, Ohio State and Penn State. Dirk Chatelain of Omaha.com is buying in. In fact, he thinks the West will be an afterthought in 2014.

I?m not ready to go that far yet. I think the top teams in the West-Nebraska, Iowa, Wisconsin–have a good chance to stand toe to toe with the Eastern heavies.

Another day, another countdown ? ESPN is counting down the top college basketball coaches. And, Michigan State?s Tom Izzo checks in at No. 3.

ESPN.com writer Eamonn Brennan provided this rationale for Izzo?s ranking: In the past three seasons, the Spartans have averaged 28.3 wins. They won the Big Ten once, and finished second twice. Two major conference powers — Michigan and Indiana — have risen from the relative dead in these past three years. Both programs are not only playing Michigan State on the court, but recruiting against it in Michigan, Chicago, and Indiana. Injuries to Keith Appling, Gary Harris, Branden Dawson and Adreian Payne — the Spartans' core — occasionally crippled Michigan State. Still Izzo has kept winning.

New Michigan offensive coordinator Doug Nussmeier knows it. My grandma knows it. My dog knows it. Heck, we all know it: The Wolverine offensive line is going to face pressure until it proves it can handle it.

How bad was it last year? The Wolverines allowed 36 sacks in 2013, only 14 FBS teams yielded more. On top of that, Michigan allowed an FBS-worst 113 tackles for loss.

For those accountants out there, Michigan lost $132K on its Buffalo Wild Wings Bowl trip. An expensive junket that resulted in an uninspiring effort in a lopsided loss to Kansas State.

The Big Ten Conference gave the university $1.875 million to offset the cost of travel and other expenses, according to Michigan associate athletic director for media and public relations Dave Ablauf. But Michigan's overall expenditure of nearly $2.01 million left it with $131,861 in out-of-pocket expenses.

Maryland coach Randy Edsall gets it. He knows his Terps have to beat Penn State to make it a rivalry. Again, for the record, PSU is 35-1-1 all-time vs. Maryland.

"We've played Penn State 37 times, and we're 1-35-1 against them," Edsall told Cleveland.com recently. "There have been some great games during that series and anytime you have a bordering state you always have a chance to have a rivalry. But we have to do something about that. We have to make it a rivalry by beating them. But that's the thing - I think rivalries develop. They're not made, they're developed."

So, yes, Penn State now has some fellow ?eastern? schools in the Big Ten. But the Nittany Lions are far from ?rivals? with either-at least for now.

There has been some speculation on Penn State?s bowl ban perhaps being lifted. Could it happen?

Some feel that after George Mitchell issues his 2014 report-which figures to be glowing–to the NCAA that the remaining two years on Penn State's bowl ban will be eliminated. Last year, Mitchell's effusive praise of Penn State led to the reduction of the scholarship limitations. I think there?s a chance. Regardless, the Nittany Lions already have a de facto bowl game in Ireland vs. Central Florida in the season opener.

Indiana created some waves when it recently released it ?bill or rights.? Will other schools follow suit? I think they almost have to, right?

Still want more info on league newbies Rutgers and Maryland? Here are some good charts to get you up to speed.

Miller is currently recovering from a minor right shoulder operation he underwent in February. But it is not expected to hinder his 2014 campaign.

"If he makes the same strides he made year one to year two, year two to year three and this year, year four, he could have a great year," Meyer said. "He's not 100 percent, but he's close. Young quarterbacks want to look at everything but the coverage because it's so chaotic back there, but he's getting better and better at that."

Northwestern is bidding farewell to its old hoops scoreboard. Check out this video.