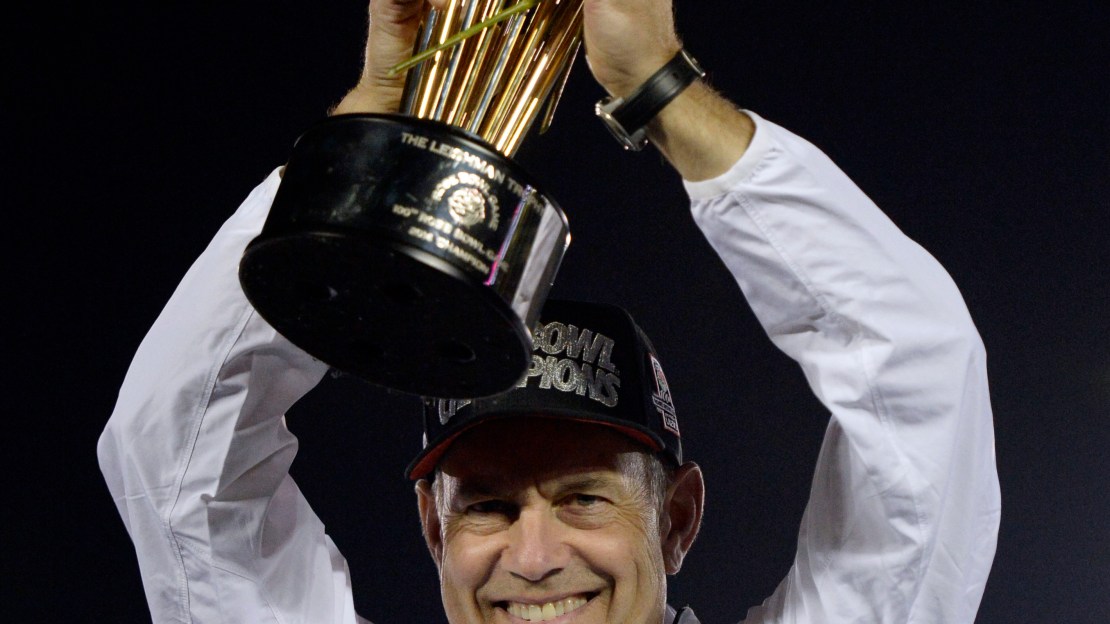 CHICAGO – BTN is dedicating the entire day of programing Friday to The Journey: Big Ten Football 2013 by replaying all 12 episodes.

On Sunday, for the first time in network history, BTN is doing ?Heisman Day? as a way of showcasing some of the Big Ten?s all-time greats. Fans can enjoy Father?s Day with a mix of Big Ten Icons, Big Ten?s Best and Big Ten?s Greatest Games featuring B1G Heisman Trophy winners.

Below is an episode index for The Journey and a partial schedule for ?Heisman Day.? Complete listings available at BTN.com/Shows.

6 AM/10PM – Episode 1: Behind the scenes with the two new head coaches in the Big Ten - Purdue?s Darrell Hazell and Wisconsin?s Gary Andersen, and Northwestern quarterback Kain Colter prepares for the biggest game in Evanston in nearly two decades.

8:30 AM – Episode 2: In the trenches with three Big Ten linemen. Penn State?s John Urschel is a star both on the field and in the classroom, Michigan?s Taylor Lewan returns for his senior year, and learn the details behind Michigan State defensive lineman Shilique Calhoun?s path to East Lansing.

11:30 AM – Episode 4: Spend time at home with Illinois quarterback Nathan Scheelhaase, the starting quarterback and a husband at the same time. Learn the family backgrounds of Iowa linebacker James Morris and Minnesota defensive tackle Ra?Shede Hageman.

2:30 PM – Episode 6: In the meeting room with the high-powered Indiana offense, find out how Nebraska quarterback Ron Kellogg?s life changed forever with one throw and learn more about a special Wisconsin Badgers helmet.

4 PM – Episode 9: Behind the scenes of college football?s greatest rivalry - Ohio State/Michigan - as each team awaits the annual battle. Plus, a Senior Day feature on Wisconsin running back James White.

6:30 PM – Episode 10: See all the build-up and storylines leading into the Big Ten Football Championship Game between Division Champions Ohio State and Michigan State. Episode includes and cinematic game highlights of the Spartans? thrilling victory, including the unforgettable scene inside Michigan State?s locker room after the game.