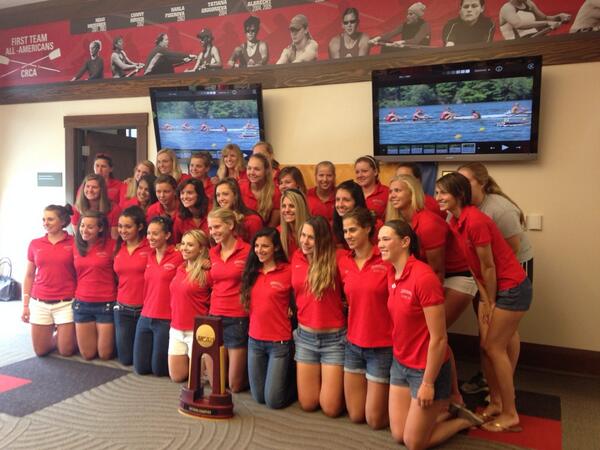 The No. 1 Ohio State rowing team won its second consecutive NCAA Championship on Sunday morning at Eagle Creek Park, totaling 126 points after claiming individual national titles in the first and second varsity eights and a seventh-place overall finish in the first varsity four.

The Buckeyes, who now have seven Top 5 team finishes at the NCAA Championships, become the fifth team overall to win consecutive national titles and the first since Brown (2007-08). With gold medal finishes in the first varsity eight and second varsity eight, Ohio State now holds five individual national titles, the fourth-highest total in NCAA rowing history, also becoming the fourth team in NCAA history to win both events at the national regatta in the same year.