NFL Draft: Which B1G player is the most NFL-ready? 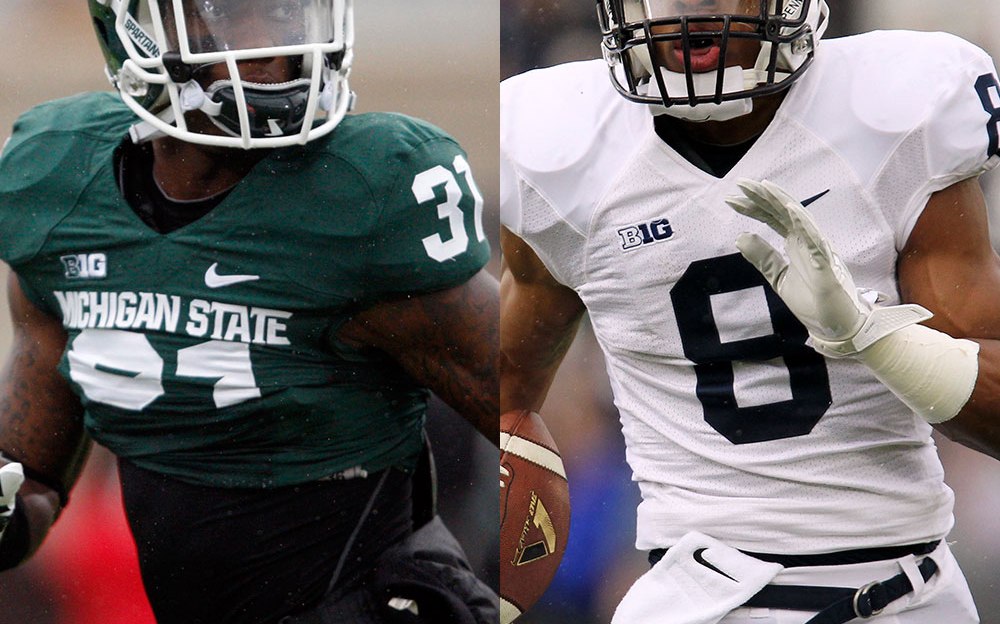 Big Ten football fans might want to catch Thursday's NFL Draft as a flurry of Big Ten players are expected to come off the board early. Names such as Taylor Lewan, Darqueze Dennard, Ryan Shazier, Ra'Shede Hageman, Bradley Roby, Allen Robinson and Cody Latimer have all appeared in the first round of various NFL Mock Drafts.

That got me thinking: Which of these former Big Ten standouts is the most NFL-ready right now?

I debated that with our NFL Draft expert Russ Lande.

WR Allen Robinson, Penn State: This is a guy who I believe has the talent to be an impact, big play wide receiver at the NFL level. Robinson runs strong and precise routes, and is also an exceptional blocker. Deceptively quick out of cuts when running good routes, Robinson gets separation on all types of routes. The thing that impresses me the most about Robinson is his consistent ability to run aggressively with the ball after the catch. He is able to run through hits and break tackles while turning short passes into big plays. I have heard comparisons to Anquan Bolden, which I believe is a very good one because Robinson can be that productive in the NFL.

CB Darqueze Dennard, Michigan State. As we know, the NFL has evolved into a pass-happy league, and there isn't a better man-to-man cover corner in this draft than the former Michigan State standout. This is a guy who was often put on an island with opposing team's top receivers, which was a result of the aggressive style of defense Michigan State plays. He excelled in that area, and it's something he will be asked to do in his NFL career. Dennard has outstanding natural instincts and is able to diagnose plays very quickly, which is something that rookie corners often struggle with in the NFL. At 5-11, 200 pounds, Dennard has good size and uses that size and quickness to shed blocks and make plays in run support. He simply doesn't shy away from contact, which is a credit to the exceptional defensive coaching he received at the college level. Don't be surprised if this guy is an All-Pro corner in 2-3 years down the line.