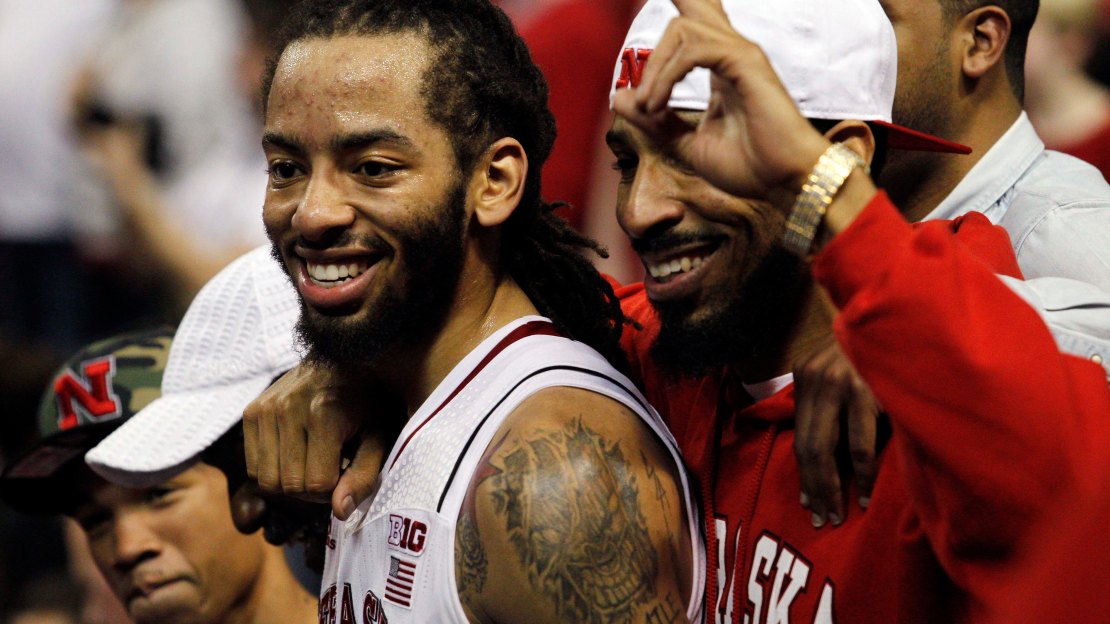 Last week, esteemed colleague Brent Yarina gave us a super-early look at the 2014-15 basketball season, picking an order of finish with three all-league teams. I'm gonna take a bit of a deeper dive into Brent's early forecast. So, buckle up, and let's take a ride into the future.

Player of the Year: Nebraska G/F Terran Petteway. The athletic wing took the Big Ten by storm last season after transferring from Texas Tech and subsequently leading the conference in scoring. He had his draft stock evaluated and didn't get high marks from NBA execs. So, expect an uber-motivate Petteway to take his game up a few notches as a junior for a Cornhuskers club that could challenge for the league title.

Newcomer of the Year: Ohio State C Anthony Lee. The 6-9 Temple transfer will be eligible next season as a fifth-year transfer and will have a big impact for the Buckeyes. The post production ranged from spotty to non-existent for the Buckeyes last season. That's why Lee is in Columbus. He averaged 13.6 points and 8.6 rebounds for the Owls last season. Lee's presence in the paint will make all of that perimeter talent for Ohio State more effective.

Freshman of the Year: Ohio State G D'Angelo Russell. A five-star recruit and McDonald's All-American, Russell has as many accolades as any incoming freshman in the Big Ten. His all-around offensive skills will be an elixir to what ailed the Buckeyes, who too often struggled to score last season. The 6-5, 180-pound Russell is equally adept at shooting as he is driving the hoop. Bottom line: Russell will be an instant star.

Top JC transfer: Iowa's Trey Dickerson. The 6-1 point guard from Queens, N.Y., is lightning quick off the dribble and brings a scoring mentality to the point. He averaged 19.8 points last season to go along with 5.7 assists and 3.5 rebounds. Dickerson is especially deadly in transition, which makes him a nice fit for Fran McCaffery's squad.

Defensive Player of the Year: Ohio State's Shannon Scott. With Aaron Craft gone, the field finally opens up. Alas, don't be shocked if this award remains in Columbus. The slick and speedy guard earned a spot on the Big Ten's all-defensive team last season. He'll continue to set a pesky tone next winter. Scott is so quick.

Breakout Player: Wisconsin's Bronson Koenig. I think Michigan's Zak Irvin will blossom as a sophomore. Put it this way: If the 2013 Indiana Mr. Basketball doesn't, the Wolverines may be in trouble. But the guy I really like to expand his profile is Koenig, especially with Ben Brust gone. The 6-3 sophomore is a smooth operator who got better as last year progressed. Koenig is a special talent who can do a bit of everything to impact a game without having to score 20 points.

Player on the Spot: Indiana's Yogi Ferrell. He did all he could to lead the Hoosiers to the NCAA tourney last year. Alas, it wasn't enough. Ferrell is the quintessential scoring point man who needs to help elevate the play of those around him, especially with Noah Vonleh gone after one season. Ferrell's assists were down and his turnovers were up from his freshman to his sophomore season. This is a critical season in Bloomington. And Ferrell needs be even more of a franchise player as a junior.

Coach of the Year: Wisconsin's Bo Ryan. We all know about the uninterrupted run of top-four Big Ten finishes that dates to his Madison debut in 2001-02 and the corresponding 13 NCAA berths in a row. Now, Ryan has a Final Four on his resume. And his 2014-15 team could be his best yet. Yes, it's good to be Bo.

Underrated team: Illinois. John Groce's first two seasons have provided ample proof of his coaching acumen. He led his first squad to the NCAA tourney and carded a victory before losing a heartbreaker to Miami. And he steered last season's club into the NIT–where it won a game–after it looked like the season was circling the drain. Groce loses Joseph Bertrand and Jon Ekey. But talent like Rayvonte Rice, Nnanna Egwu, Tracy Abrams, Malcolm Hill, Kendrick Nunn and Jaylon Tate is back. Plus, transfers Ahmad Starks (Oregon State), Aaron Cosby (Seton Hall) and Darius Paul (Western Michigan) will be eligible. Don't sleep on this team.

Overrated team: Nebraska. Yes, the Cornhuskers will be good with talent like Terran Petteway, Shavon Shields and Walter Pitchford back, among others. No doubt, this is an NCAA team. But is it really ready to make a Big Ten title push? Perhaps. But how will the Huskers deal with big expectations? It's one thing to be a darling/Cinderella. It's another to carry the burden of winning big. It will be interesting to see how Tim Miles' crew reacts to this unchartered territory.

Team on the spot: Purdue. It has been a rough two seasons for Matt Painter, who has a combined 31-35 overall record and 13-23 Big Ten mark. Last season was rock bottom, as the Boilermakers finished in last place. Purdue shouldn't be doing this nine seasons into Painter's tenure. He's being paid $2.3 million per year and has had renovated facilities to sell. It's time to get back on track.

Headed for fall: Michigan. Look, the Wolverines have been the Big Ten's bellwhether the last few seasons. John Beilein led the program to a share of the league crown in 2012, to the NCAA title game in 2013 and to the school's first outright Big Ten championship since 1986 and an Elite Eight trip last season. A step back has to take place, right? Well, it will next season with a massive talent drain that has seen Nik Stauskas, Glenn Robinson III, Mitch McGary, Jordan Morgan and Jon Horford all depart for various reasons. But, it won't be a huge fall in Ann Arbor.