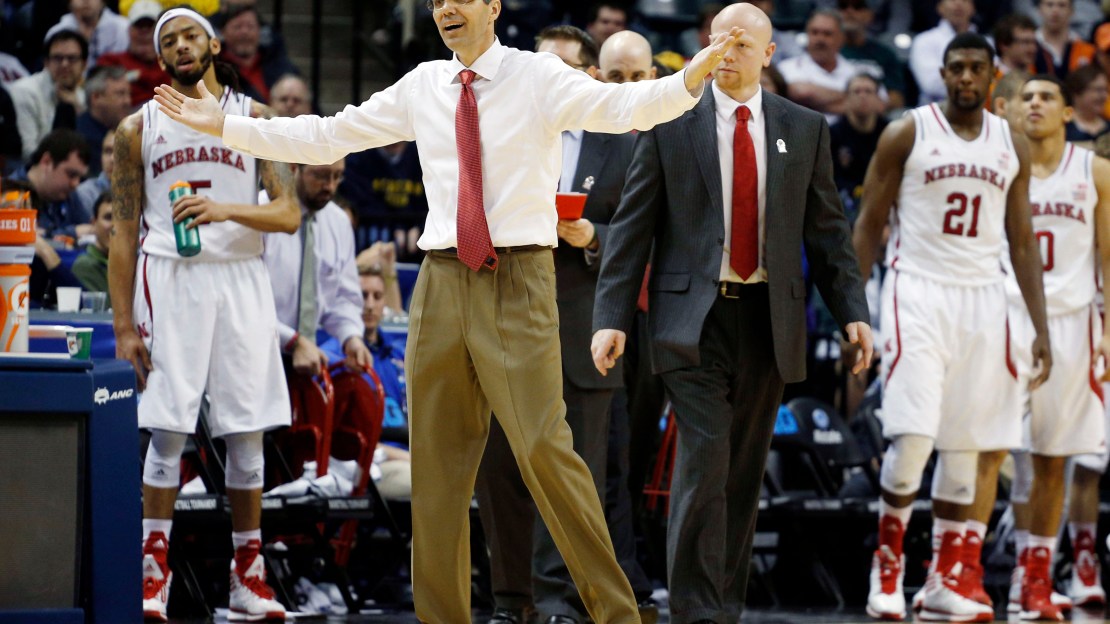 It?s that time of the week, time to reach into my mailbag. It seems the grades I handed out for each basketball team created a bit of a stir. See all of my answers to your latest queries, and keep those cards and letters coming.

Michigan State wins 10 more games than Nebraska and goes to the Elite Eight, and they get a ?B? rating while the Cornhuskers get an ?A? after going one-and-done in the Big Dance? – Adam

A ?C? for Northwestern? Really. After road wins at Wisconsin, Indiana and Minnesota. NU also a big win against Iowa in the Big Ten tourney. They deserve a better grade!! – Jennifer

Those were some impressive victories, especially at Wisconsin. The Wildcats never had won in the Kohl Center. In one seven-game stretch of Big Ten action, NU went 5-2. In the end, the Wildcats went 6-12 in the Big Ten. That was better than I expected. Maybe I was a bit harsh on Northwestern. I could have seen maybe giving Chris Collins? crew a B-.

What did Indiana do to merit getting a ?D?? It was one of the 10 worst seasons in Indiana basketball history. IU was a preseason Top 25 team and had a NBA lottery pick in Noah Vonleh but didn?t make any postseason tourney. They should get worse than an ?F,? maybe a ?G.? – Tim

Wow, you are harsh. I thought a ?D? was hard on Indiana. But, you probably could have made a case for the Hoosiers to get a ?F.? To finish 17-15 overall and 7-11 in the Big Ten was a big disappointment for a team with as much talent as the Hoosiers.

I have seen several snarky comments from you in Daily Headlines in regards to Jim Tressel trying to become president of Akron. Exactly what would you like Tressel to do? He?s at least trying to work and that's a good thing. – Simon Chang

I?m sure Tressel would do well at many endeavors. But how could a school hire a guy who knowingly lied to the NCAA and helped get Ohio State on probation? THIS is the type of leader that a university would want? Tressel would be better off working the speaker circuit. I just don?t think he has the credibility (or know how) to lead a university. The guy was a football coach, for crying out loud. If Akron wants to raise money, put Tressel in the development office. Don?t make him the president.

Does the B1G or NCAA have a maximum (or minimum) on the number of prime-time football games any one team can schedule in a season? – Blake

As far as I know, there are no limits on the number of prime-time games a school can play in a season. Or a minimum. Nebraska will have five: at Fresno State; Miami (Fla.); Illinois; at Michigan State; at Northwestern. Ohio State has four scheduled: Virginia Tech; Cincinnati; at Penn State; Illinois. Conversely, Iowa has none.

Where the heck is Wisconsin on this list? This is just wrong. – CR

I was a bit surprised the Badgers weren?t picked for any prime-time games by BTN. But Wisconsin?s season opener vs. LSU in Houston, Texas, will be on ESPN at 8 p.m. CT.

How did David Blough do this spring after arriving at Purdue as an early high school graduate? Is a redshirt in his future? Is he in your opinion a legitimate threat to push for a starting position in the future? – John

The guy arrived in West Lafayette with a lot of hype as an Elite 11 quarterback. Blough turned some heads in the spring but has a ways to go. The quarterback job looks to be manned by Danny Etling, who started most of last year as a true freshman. And fellow sophomore Austin Appleby looks to be No. 2. So, I wouldn?t be shocked if Blough redshirts this fall.

Can you get me two tickets to Penn State at Rutgers game? – Jason

No doubt Maryland has the talent to be competitive in the Big Ten. My worry is about its conditioning program. For the last two years, many of the starters have been injured and couldn't finish the season. It seems some of these injuries may be due to poor strength training and conditioning. What are the Terps doing to get their kids stronger so they are prepared to battle the even bigger Big Ten? – Mark

I can?t speak to specifics as to what the strength and conditioning program is at Maryland. But I do know that Randy Edsall has been a head coach for a long time-and a successful one at that. I?m sure his strength program is mimicking what his UConn teams did. And those always were strong, well-conditioned teams. The spat of injuries is more a function of coincidence, I think.