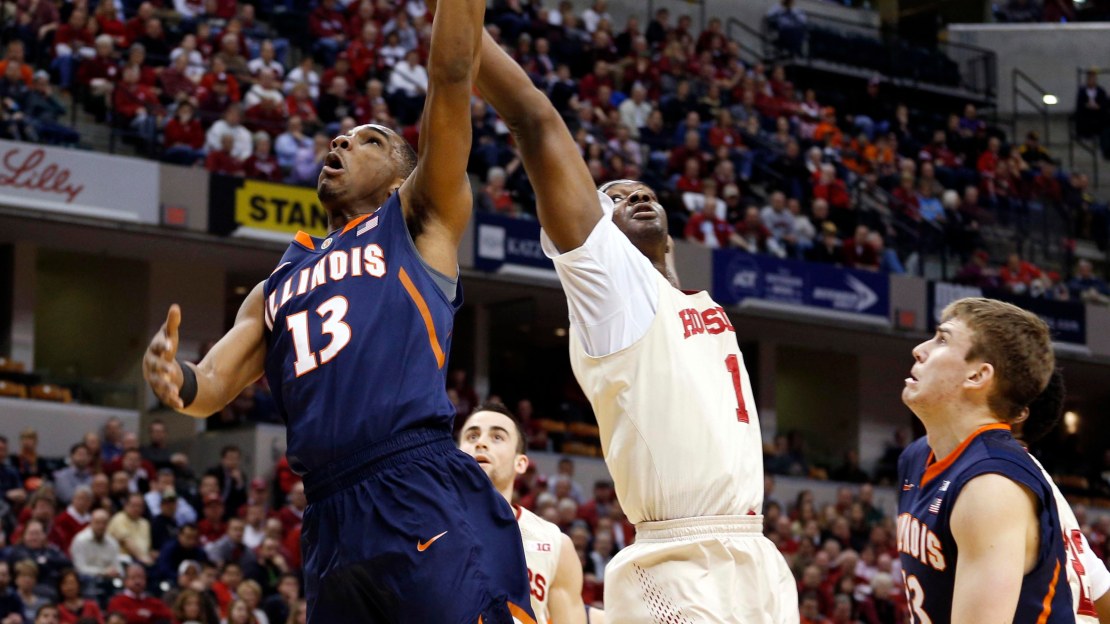 Day One of the Big Ten Tournament is officially in the books. Just as the regular season was, the opening round of the tournament was anything but predictable. No. 11 Northwestern upset No. 6 Iowa, Ohio State and Minnesota recorded narrow wins over Purdue and Penn State,  respectively, and Illinois topped Indiana, who many believed could make a run in this tournament.

With that said, let's take a look back at the best sights and sounds from Day One of the Big Ten Tournament.

[ MORE: Read all of our Big Ten tournament coverage ]

Best win: No. 11 Northwestern defeating No. 6 Iowa, 67-62. The way the regular season went, we knew there was going to be some madness in Indy. No. 11 over No. 6 certainly qualifies as that, especially when one considers Iowa beat Northwestern by 26 points in both regular season meetings.

Best shot: Tre Demps' deep jumper with 54 seconds remaining in the game, which sealed the victory for the Wildcats.

Best player quote: Ohio State senior Lenzelle Smith Jr. on Nebraska – "I'm pretty sure they think they can beat us again, but if we come with our minds right, they'll see that we got something else in store for them."

Paul on his buzzer-beater against Minnesota in last year's Big Ten Tournament – "It brings back some great memories. Looking back, it all seemed like it happened so fast, so it's nice to see it now a year later."

Paul on this year's Illinois team – "They have a lot of talent, as much talent as any team in the Big Ten."

Think this guy is ready for today's Ohio State vs. Purdue game? pic.twitter.com/SbNAOZMsFx