Let's take a look at the Big Ten in mock brackets 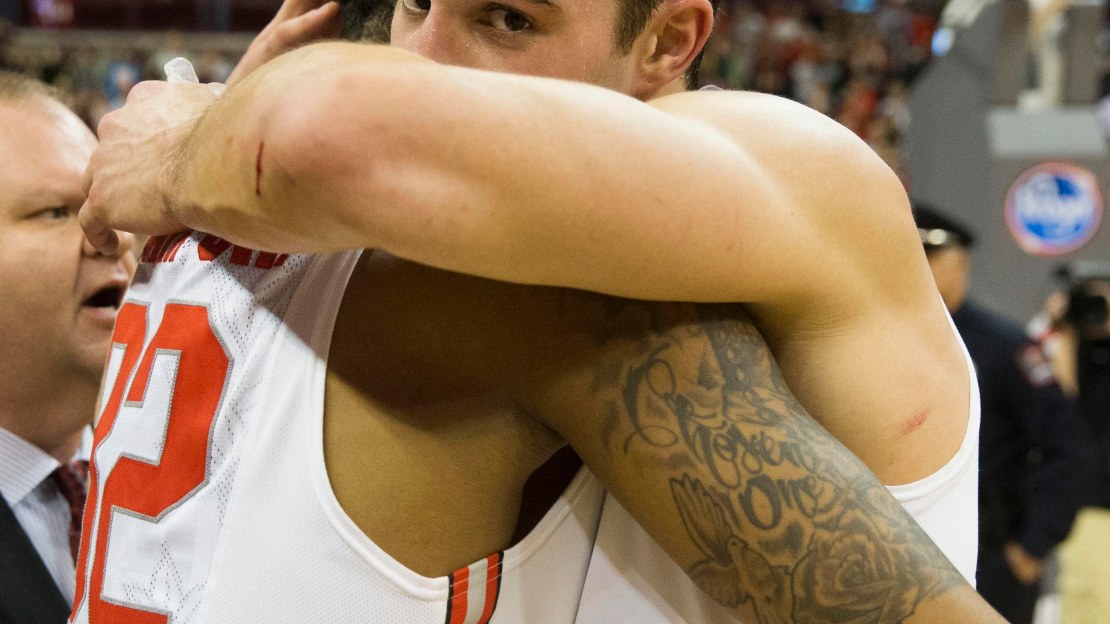 The regular season is over. On to the league tourneys. Basically, six teams look to be locks for the Big Dance: Michigan, Wisconsin, Michigan State, Nebraska, Ohio State, Iowa. Minnesota is squarely on the bubble.

In the CBSSports.com and ESPN.com brackets, Michigan and Wisconsin are consensus No. 2 seeds. Not gonna argue with that. I don't think either can do much to change that in Indy.

Michigan State is a No. 4 in the CBS bracket and a No. 5 in the ESPN. Not bad for a team that went 5-7 down the stretch. A No. 5 seems about right for this listing team that in all honesty isn't even playing up to a No. 5 seed.

Everyone's darling Nebraska is a No. 10 by CBS and a No. 11 by ESPN. Seems about right. Maybe a bit too high for a team that did little outside the league. But no school is hotter down the stretch.

Minnesota? It's not in either bracket. I think the Golden Gophers need to win at least two games in the Big Ten tourney to get a Big Dance invite.

Here is a look at both the CBS and ESPN seed projections for Big Ten teams:

Jerry Palm, CBSSports.com
No. 2 Michigan, West
No. 2 Wisconsin, South
No. 4 Michigan State, East
No. 5 Ohio State, South
No. 9 Iowa, East
No. 10 Nebraska, Midwest
Minnesota is listed among the last four teams out.