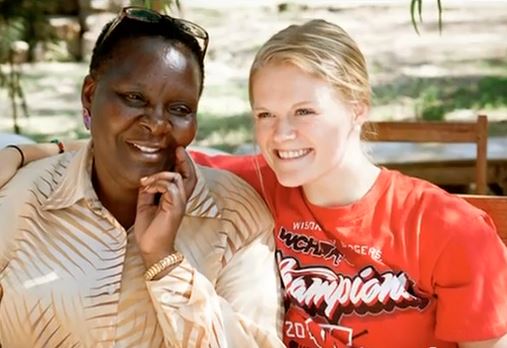 Last week, 22 students in the Penn State School of Music Chamber Orchestra set up in the HUB-Robeson Center and asked passers-by to "Conduct Us," allowing anyone to direct the classical music performances. Here is the result:

Eleven teams of student start-ups addressing social and environmental problems from across the University of Minnesota have been selected winners of the 2014 Acara Challenge.

Dr. Sheryl E. Allen, M.D., an associate dean and associate professor at the Indiana University School of Medicine, was recently recognized as one of the Top 25 Most Influential African American Educators for 2014 by Black Health Magazine.

On March 10, University of Illinois professor and media activist Robert McChesney will deliver the 2014 Li Chen lecture for the University of Iowa School of Journalism and Mass Communication.

Finally, Wisconsin's Brittany Ammerman was named a top-10 finalist for the 2014 Patty Kazmaier Award. We featured Ammerman's work with the incredible Health By Motorbike group earlier this season. Congrats, Brittany!