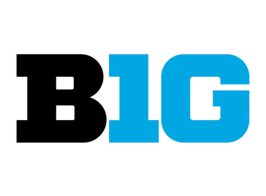 There were two exciting Big Ten hockey games on Friday night. Penn State notched a memorable 5-4 upset win over Michigan in the first game of the night. No. 8 Wisconsin followed with an impressive 5-2 victory over Michigan State. Catch up on all the stats, scores and highlights in this post.

The Wisconsin men?s hockey team has struggled on the power play this season, entering Friday?s contest against Michigan State (9-14-7, 3-6-6-4 Big Ten) having converted on just over 15 percent of their attempts. Turns out some things have to get worse before they get better. The Badgers (18-9-2, 9-5-1-0) allowed a short-handed score on their first power play of the game before redeeming themselves with tallies on their next two chances to fuel a 5-2 victory at the Kohl Center.

How about that for a start? @MSUHockey senior Lee Reimer puts the Spartans up 1-0 on this short-handed goal. – http://t.co/5IxhUcfJNo

Well, that was quick… @BadgerMHockey senior Michael Mersch puts in a power play goal to tie the game at 1-1. – http://t.co/8VezILPHol

After sophomore Casey Bailey tied the game with five seconds left in regulation, freshman David Goodwin completed the comeback as his overtime game-winner lifted the Penn State men's hockey team to a 5-4 victory against No. 10 Michigan at Yost Ice Arena. The Nittany Lions, who improved to 6-19-2 overall and 2-10-1-0 in the Big Ten, exploded for five goals against a Michigan (14-10-3, 6-6-1-1 Big Ten) defense that entered the game averaging fewer than two goals against per game at home. Penn State, which defeated the Wolverines Feb. 8 for its first conference win, sent Michigan to its fourth straight loss with its first conference road victory.

How sweet was that? @PennStateMHKY freshman David Goodwin scores a game-winning breakaway goal. Watch this! – http://t.co/Hic2EwHJgF

This is a goal you won't want to miss! @PennStateMHKY's Casey Bailey ties the game with four seconds left. Wow. – http://t.co/9Xip9DfOO9

How nice is this? @PennStateMHKY sophomore forward Casey Bailey puts in the one-timer late in the second period. – http://t.co/rOtlkLwXFd

Wow. Want to see an incredible goal? Check out @umichhockey freshman Tyler Motte score while falling to the ice – http://t.co/vMzna1GpHL

He shoots… He scores. David Goodwin with a nice shot that puts Penn State on the board. @PennStateMHKY. Watch – http://t.co/Zc2R4VSLuT