Review & Preview: Every game is a Big Ten adventure 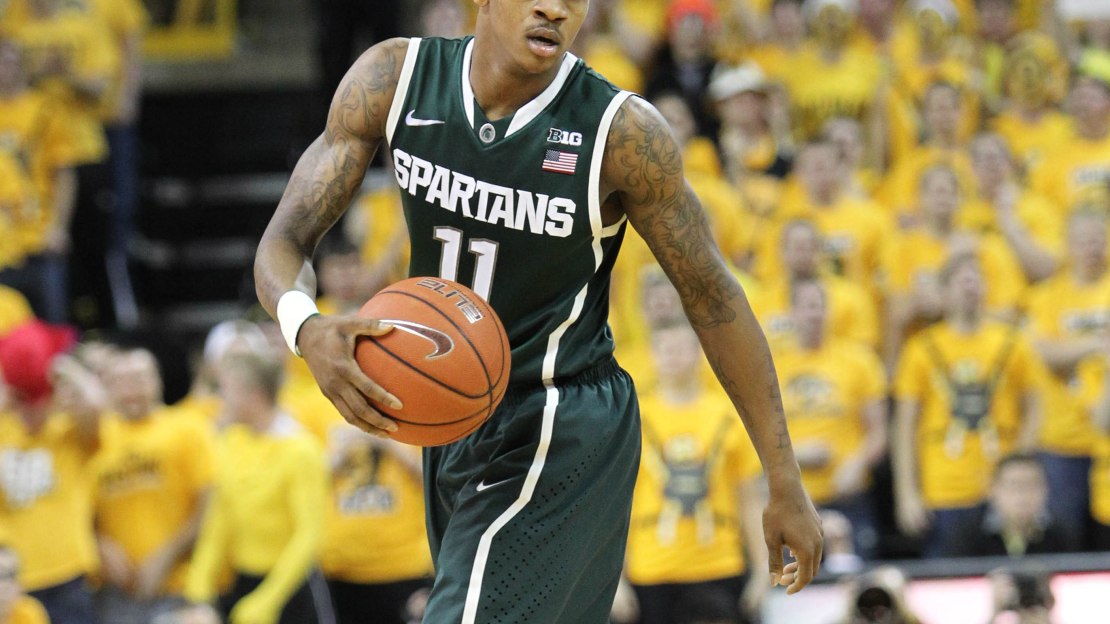 OK, are you as confused as I am? This week of upsets has turned the conference on its side and trashed most everything I thought I knew about the Big Ten. Penn State wins at Ohio State, Northwestern prevails at Wisconsin, and Nebraska dumps Indiana. And the Big Ten standings speak to that. But, hey, Michigan just keeps on winning. So, there?s a constant. Michigan State, too.

Otherwise, hang on and buckle up for what could be wild February. Who will be the next upset victim?

1. Michigan State. Just when it looked like injuries to Adreian Payne (foot) and Branden Dawson (hand) were going to prove to be too much for the Spartans, they go out on the road and dump a white-hot Iowa team that had everything to play for in a jacked-up Carver-Hawkeye Arena. Never underestimate the guts and guile of a Tom Izzo-coached team. Some Big Ten teams could learn from watching how the Spartans play.

2. Northwestern. How ?bout those Wildcats? Chris Collins is maxing out this roster. And, it?s a shallow roster, as Collins? bench doesn?t run too deep. Ditto for the talent quotient. No worries. Collins has found a scheme and system that is maximizing this team?s abilities. That, ladies and gentlemen, is what they call ?coaching.?

3. Nebraska. Get ?em while they?re hot! The Cornhuskers have won three of their last four games-all at home-taking down Ohio State, Minnesota and Indiana. Not bad. Will Nebraska make it to the NCAA tourney? No, but a strong finish could push the Huskers to the NIT. But would they take a bid? Last year, Tim Miles bristled at the notion of taking a postseason bid from a lesser tourney like the CBI. The Huskers last played in the NCAA tourney in 1998 and are 0-6 lifetime. Memo to Miles: Take any bid you get. And say ?thank you.?

1. Ohio State. Where do I begin? How much time do you have? The biggest issue has been struggles on the defensive end. This isn?t how Thad Matta-coached teams typically defend. The Buckeyes also continue to struggle with their shot, as well as with turnovers in crunch time. And who?s the go-to man? OK, I?m done.

2. Wisconsin. The Buckeyes have a brother in arms when it comes to meteoric drops. Each team ranked No. 3 in the nation at one point this season. Now, each is lying on the psychiatrist?s couch. Like Ohio State, the Badgers are having uncharacteristic defensive struggles. They also have shown a tendency to rush shots, eschewing that usually famous Wisconsin patience on offense.

3. Indiana. It?s just not happening for the Hoosiers, who look poised to be the 16th team since 1985 to go from being a No. 1 seed in the NCAA tourney one season to missing the Big Dance. (Let that soak in for a moment.) Defensive lapses, turnovers and poor shooting are major issues. Have been all season. Don?t see it changing now. If we are to believe recruiting experts, talent isn?t an issue at Indiana. And the team has been healthy this season, too. That?s all I?m gonna type.

1. Ohio State may not make the NCAA tourney. And that would be big news, seeing as how the Buckeyes have made it seven of the last eight years-missing in 2008. Yes, Ohio State had work to do after losing the likes of Deshaun Thomas. Still, this was supposed to be a Big Dance club. It?s not too late, but time is running out.

2. Is there a more improved player in the Big Ten than Northwestern giant Alex Olah? I?m not sure there is. The 7-foot sophomore is averaging 8.5 points and 5.4 rebounds. That?s up from averages of 6.1 and 4.1 from last season. And his blocks are up almost one per game, too. Defense? It?s also improved. Plus, it?s just fun as heck to say his name. Alex OOOOOOOO-LAHHHHHH. Go ahead. Try it. See?

The last time Northwestern won in Madison was 1996, when the Badgers were coached by Dick Bennett and played in the old Field House and gas was 50 cents a gallon-or something like that. It was a long time ago, OK? The win further validates the job of rookie coach Chris Collins, who has a defensive scheme that works and a superstar to ride in Drew Crawford. It was good enough to pants the No. 14 Badgers.

How about that late jumper by D.J. Newbill that put the dagger in the No. 24 Buckeyes? The longer this game went on, however, the less it seemed like an upset. The Nittany Lions are a good team that has had three Big Ten losses by a total of seven points. How did this team lose by 20 points at Illinois earlier this year? Ah, forget it.

The Wolverines waded into Michigan State and pulled out a big victory. Yes, the Spartans were shorthanded without Payne and Dawson out. Still, MSU needed to win to keep pace with Michigan, which was playing without Mitch McGary.

1. Ohio State at Iowa, Tues., Feb. 4: Not long ago, each of these teams looked like legit Big Ten contenders. No longer. Each lost at home the last time out. And, you can?t do that if you wanna win the Big Ten. The Buckeyes need some signature wins to buff up a resume that frankly isn?t NCAA quality. The Hawkeyes are playing for a good seed. And they must win to have any hope of staying within shouting distance of the Big Ten crown.

2. Ohio State at Wisconsin, Sat., Feb. 1: This is the matchup that defines the old adage that ?misery loves company.? Each team is scuffling ? badly. The Buckeyes have lost five of six; the Badgers have lost four of five. The good news: Someone is gonna win.

3. Northwestern at Minnesota, Sat., Feb. 1: I love this game between two up-and-coming Big Ten coaches in Richard Pitino and Chris Collins. Are there two better young coaches in America? And what hair-dos. By the way: If the Golden Gophers wanna stay on course for a Big Dance bid, they have to win. Just sayin?.