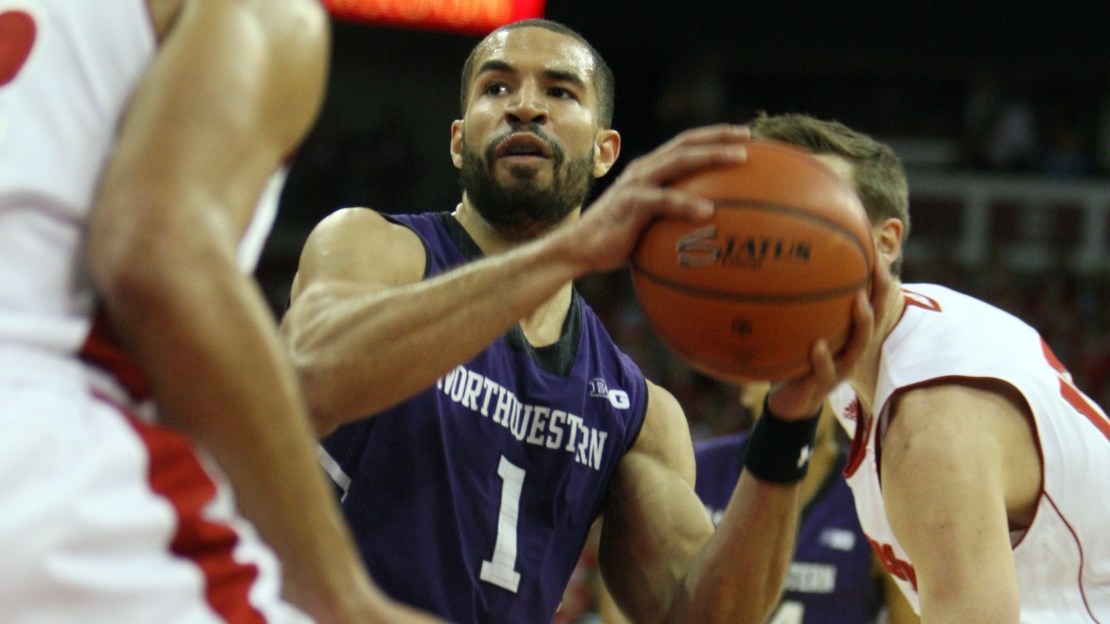 Our Super Wednesday doubleheader was a wild one, filled with two huge Big Ten upsets. Penn State kicked off the action with a memorable 71-70 win over No. 23 Ohio State in overtime. Northwestern followed with another huge upset, a 65-56 victory over No. 14 Wisconsin.

Catch up on all the scores, stats and in-game video highlights in this post.

(AP) Drew Crawford scored a season-high 30 points, JerShon Cobb added all 10 of his points in the second half and Northwestern upset cold-shooting No. 14 Wisconsin 65-56 on Wednesday night. It was Northwestern's first win over the Badgers in Madison since 1996.

VIDEO: You HAVE to see what Wisconsin coach Bo Ryan said when asked about Northwestern's 3-point shooting tonight – http://t.co/t0gRxBXkHf

Drew Crawford is ON FIRE! Check out the @NUMensBball senior hit his third 3-pointer of the game! WATCH – http://t.co/1iSQCuafkK

(AP) D.J. Newbill hit a pull-up jumper over Aaron Craft with 2 seconds left in overtime, lifting Penn State to a 71-70 victory over No. 24 Ohio State and ending years of futility against the Buckeyes. Newbill, who led the Nittany Lions (11-10, 2-6 Big Ten) with 25 points, hit a 3 that forced overtime. Brandon Taylor added 19 points and Graham Woodward had 11 as Penn State ended Ohio State's string of victories in the series at 18.

INSTANT HIGHLIGHT: Oh, my! Check out the move Aaron Craft just had to give @OhioStateHoops late lead. WATCH – http://t.co/OSo0dl8ZqS

INSTANT HIGHLIGHT: We have a tie game! D.J. Newbill just drained a @PennStateMBB 3 to tie it up. WATCH – http://t.co/7UXdaQZT7G

INSTANT HIGHLIGHT: This is the kind of roll that makes the phrase "home rim" ring true. #orvillemoment WATCH – http://t.co/H4WmEr73oO