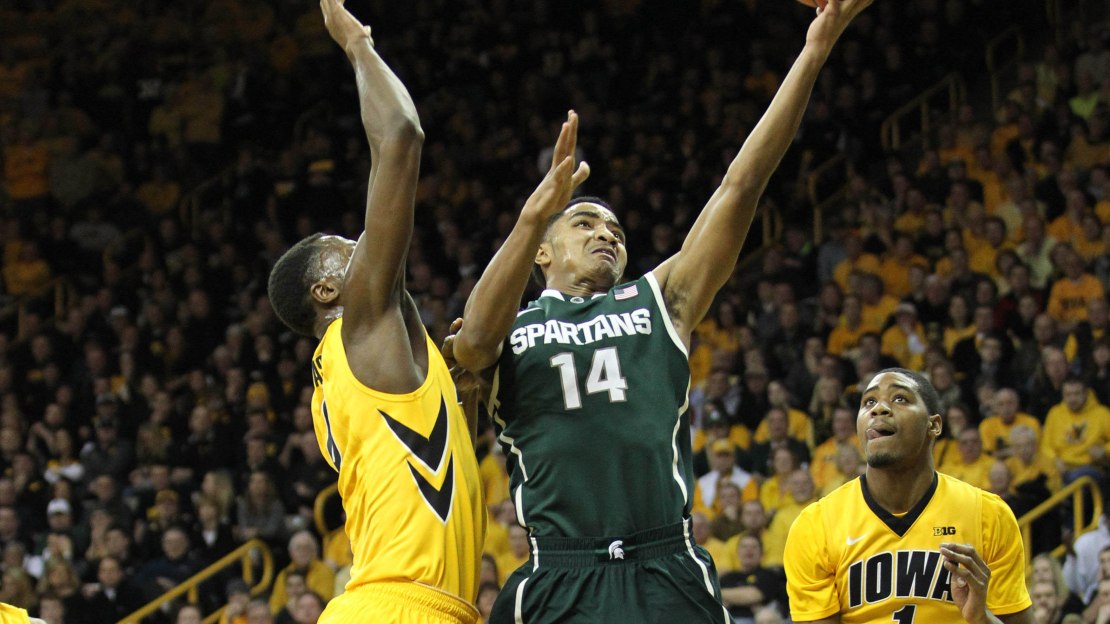 Michigan State pulled out an impressive overtime win at Iowa despite the continued absence of Adreian Payne and Branden Dawson. The gritty win was all about defense for the Spartans, as they held one of the nation's top offenses to 1.01 points per trip at home.

Iowa posted a lowly 40.6 effective field goal percentage, and it was entirely due to poor jump-shooting (data courtesy of Hoop-Math).

The Hawkeyes' refusal to shoot the three can sometimes hold this offense back, and this was a night where trading a few mid-range jumpers for threes might have made a difference.

Michigan State put four players in double figures, with none louder than Matt Costello's 11-point, 12-rebound, two-block performance. Costello's defense has been a big part of how the Spartans have gotten by without their starting center and power forward, and now he has his first career double-double. Having a big man of his caliber coming off the bench will be a fantastic luxury for Michigan State come March.

As a result of this game, there is now clear separation in the Big Ten race. Michigan and Michigan State are two games clear of the field, and KenPom's win probabilities project things to stay that way.

Barring some big surprises, this is a two team race, and the Big Ten champion is very likely to come from America's High Five.

The above table also illustrates the likelihood of six–and only six–conference teams making the NCAA tournament. There's a big gap between Minnesota and Nebraska, and there's little doubt that a 10-win Gophers squad would make the field. We're not quite halfway through the conference schedule, but we're beginning to get some clarity.