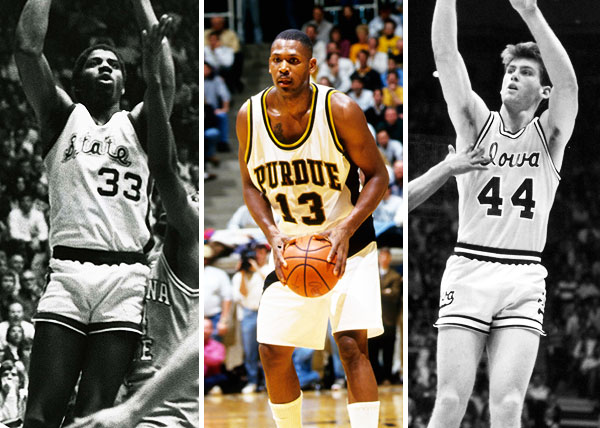 Yogi, Spike, Money Mike and Tacos — sounds like the names you'd find on a Harlem Globetrotters roster, as oppose to a Big Ten one. There are a ton of colorful and creative nicknames throughout the Big Ten conference this season. But how do they stack up to some of the top nicknames of all time in Big Ten basketball history?

The best of the best nicknames have true meaning and serve as clever descriptions of a player's skill-set and individual personality.

We asked our twitter followers to share their favorite Big Ten nicknames with us, which helped us put together this list of the top 10 nicknames in Big Ten basketball history.

Did I miss one? Tweet it to me @BTNSean.