Most pivotal player for every B1G hoops team 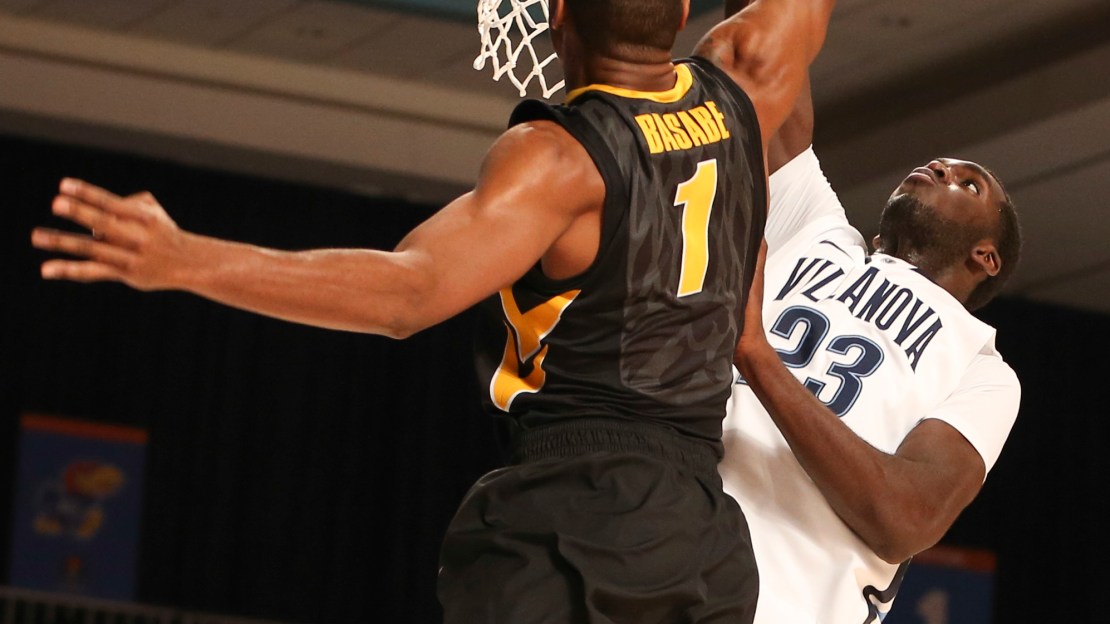 The college basketball season is just past the midway point, and the Big Ten picture is beginning to take shape. With five teams ranked in the latest polls, it's clear the Big Ten is, once again, one of the nation's elite conferences.

The conference's terrific star players have a lot to do with the Big Ten's standing. But what about the players who aren't household names, the all-important role players or glue guys who better their respective teams?

Here is a list of the most pivotal player for every Big Ten hoops team, listed in order of the Big Ten standings.

When healthy, this very well may be Tom Izzo's most talented team ever. Appling has been outstanding this season and Harris is beginning to come into form, averaging 18 points per game in Big Ten play. However, if this team is going to take the next step and make a run at a National Championship, they are going to have to get consistent production from Dawson. The Spartans are 8-0 when Dawson has scored in double digits this season and have won those games by a margin of 19 points. With a healthy Adreian Payne and a consistent Dawson, this team could be near-impossible to stop come March.

Michigan has been outstanding early on in the Big Ten season and a large reason for that is the play of Walton Jr. The freshman point guard arrived in Ann Arbor with huge expectations, as many were expecting him to have a similar impact that Trey Burke had during his freshman campaign. However, it became evident early on that Walton Jr. wasn't going to be Burke. He struggled with his shooting and turnovers early on in the non-conference season, but has shown vast improvement as of late. In five Big Ten games this season, Walton has averaged 10 points and only 1.2 turnovers. Perhaps even more important, he is shooting 45 percent from 3-point range, after sporting a measly 33 percent clip during the non-conference season. If Walton can maintain these numbers throughout the Big Ten season, the Wolverines are a legitimate Big Ten Title contender.

This is an Iowa team that is as deep as any group in the country. Fran McCaffery often plays 11 guys per game, but it works for his team, as just about every player has a defined role. Devyn Marble and Aaron White are the scorers. Adam Woodbury is the big presence down low. Mike Gessell is the distributor. But what about Basabe? When he's playing well, it's no secret that Iowa is one of the top teams in the conference. The Hawkeyes' senior forward has scored in double digits six times this season, and Iowa is perfect in those games. He has grabbed seven-or-more rebounds in 10 games, and the Hawkeyes are 9-1 in those 10 contests. In other words, when Basabe produces, this team wins.

Wisconsin has one of the strongest starting lineups in the country. The Badgers have their floor general in Traevon Jackson, their shooter in Ben Brust, their scorer in Sam Dekker, their lockdown defender in Josh Gasser, and their talented big man in Frank Kaminsky. But what about after that? The Badgers don't have a ton of depth, which could be a concern for this team later in the season. When Bo Ryan does go to his bench, the first two players off the pine are generally both freshmen. Hayes, one of those freshman, is arguably the most important piece on this Wisconsin team. The Badgers started the Big Ten season out on a bang, going 3-0 and winning by an average margin of 19 points per game. In those three games, Hayes averaged 13 points and five rebounds per contest. The Badgers are currently on a two-game skid, where Hayes has averaged just 6.5 points and two rebounds per game. It's tough to say that a freshman can be Wisconsin's most pivotal player, but with a lack of depth and every starter possessing a clear role, it is quite obvious that Hayes fits that "most pivotal" player description perfectly.

This is a no-brainier. When Hammons is playing with energy and up to his potential, it may be challenging to find a more dominant big man. Problem is, he's wildly inconsistent and often finds himself in foul trouble. That was never more evident than in Purdue's first two Big Ten games. In the opener, Hammons exploded for 18 points, 16 rebounds and five blocks, only to follow it up with seven points, one rebound and zero blocks. The sophomore is no stranger to such extreme performances, and that's why he's on this list. Matt Painter's team has solid guards in Ronnie and Terone Johnson and it features some nice depth, but if it can get a consistent performance from Hammons down low, this should be a NCAA tournament team.

Richard Pitino has been very complimentary of his starting center recently, and rightfully so. Eliason has been outstanding in Big play, posting three double-doubles in six conference games and also averaging four blocks per game in those three contests. When talking about the most improved players in the Big Ten, Eliason has to be near the top that list. If Minnesota is going to be a tournament team in 2014, it is going to have to steal a win or two on the road, and Elliason and his effort and defense will be the key.

Ohio State has been searching for a dominant presence down low since Jared Sullinger left early for the NBA. Williams has looked like that guy at times, but he lacks consistency, much like many other players on this list. The Buckeyes' starting center has recorded double-digit points and seven-or-more rebounds in seven games this season, all of which have resulted in wins. The question with this Ohio State team has always been, who will be the go-to scorer for this group? Williams doesn't have to be that guy. But if he can consistently put up 10 points and seven rebounds per game, this team would be a lot better off.

As we mentioned earlier with Hayes, it's tough to point at a freshman as being the most pivotal player on his team, but Williams is another exception. This is a young, yet talented Indiana club that is still searching for a true identity. Yogi Ferrell and Noah Vonleh are clearly the stars, but what kind of play will Indiana receive from their other starters? Williams is a guy who is hot-and-cold, and when he's hot, he's one of the most entertaining players to watch in the conference. But would Tom Crean rather have his starting forward be entertaining or consistent? My guess is consistent.

John Groce's team is one of the most challenging teams to figure out in the country. Illinois looked good in early wins over Missouri, Indiana and Penn State, but poor against the likes of Wisconsin, Northwestern and Purdue. Nnanna Egwu looked like he was the answer inside for the Fighting Illini early on in the season, averaging eight points and 5.4 rebounds per game in non-conference play. However, he has averaged a measly 4.2 points per contest in conference play. The Big Ten is known as a grind-it-out, hard-nosed league, and in order to be successful in the league, a team must possess a solid presence down low. Illinois has the talent to be a tournament-caliber team, but they simply won't be unless Egwu can be more of a force down low and begin using his size and skill-set to his advantage.

Skill-wise, Northwestern is among the weakest in the Big Ten. But this group has grinded out two wins early on in the Big Ten season, thanks to great defense and the smooth shooting of sophomore guard Tre Demps. The Wildcats' sixth man has averaged 13 points per game over the past three contests, two of which have resulted in wins. This isn't a Northwestern team that has the luxury of relying on scorers like Kevin Coble or John Shurna. Demps is a spark off the bench who can flat out score, which is needed if Northwestern is going to compete in the Big Ten this season.

The Husker faithful had high expectations for Webster, but he simply hasn't live up to the hype since arriving in Lincoln. A slow start would be understandable, considering Webster had to adjust to the college game after spending his prep years overseas playing in New Zealand. But that isn't the case. He started the season off strong, posting double-digit scoring totals in three of his first six games and leading Nebraska to a 4-2 start. But since Big Ten play has gotten underway, Webster has struggled mightily. Before scoring nine points in Monday night's upset over Ohio State, Webster hadn't tallied more than five points in any Big Ten contest, and his high for assists in conference play is just four.

Penn State has one of the top backcourts in the Big Ten, but you wouldn't know it from looking at the Nittany Lions' 0-6 mark in Big Ten play. Tim Frazier and D.J. Newbill consistently put up big numbers, but the X-factor and most pivotal player for this Penn State team is sophomore forward Brandon Taylor. Just how pivotal is he? When Taylor puts up 10-or-more points, Penn State is 5-3 this season, yet when he puts up 8-or-less points, the Nittany Lions are 3-6. Taylor averaged 11 points and had just seven turnovers as Penn State posted a 9-4 non-conference record. However, the Nittany Lions are now on a six-game losing streak (all Big Ten games), a span in which Taylor is putting up just 6.8 points per contest and has turned it over six times in six games. This is a team that has the talent to notch some wins in the Big Ten, but that's not going to happen if Taylor doesn't step up his play.