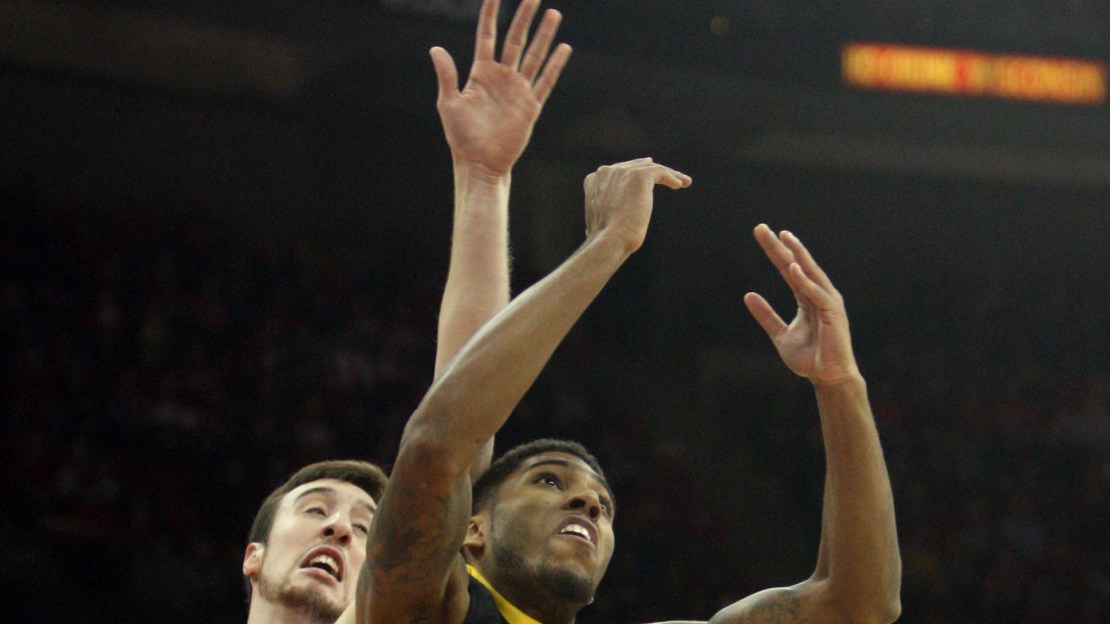 OK, the mail has been steadily streaming in. That makes sense since there has been a lot going on these days, what with the bowl season, hoops heating up and ? oh, yes, Fran McCaffery! Let's dig in and address the best of your questions and comments.

And, as usual, thanks for writing! You can keep the notes coming at the bottom of this post.

My piece on Iowa coach Fran McCaffery and his behavior in the Wisconsin game elicited many responses. Check out a few of them here. I've responded to them below.

Is this a blog or a sports story? Just cover the story and leave your own editorial comments out of your writing.

Fran's a passionate guy and as a Hawkeye fan, I really like that.  He fights for his kids and I believe that they know it.  I wish Fran wouldn't have had physical contact with the official but from the video it's not completely clear who initiated that contact. Without that slight contact, we wouldn't be talking about this. I don't believe those T's cost us the game. Wisconsin shoots better than we do – especially the 3's – and that's what cost us the game.

Bob Knight wouldn't make it today. I was a grad student at IU in the middle/late 80's and I saw him break a lot of clipboards on the floor of Assembly Hall. Those didn't even raise eyebrows then. Now, they'd all be front-page news and fines. – Matt Vincent

Is there a review of officials in the Big Ten? I was very surprised by the way the game was officiated. I can see why Fran felt slighted. I think it is very obvious that the Big Ten has a need for Wisconsin to be rated very highly; even the announcer was routing for the Badgers. They still almost lost. Because Iowa is not a perennial power house it doesn?t get the calls. I would really like to see the evaluations of the officials from that game. – Jeff Durst

Would it be fair to say that there are two culprits here? The first culprit is the officials. The second is Coach McCaffery. Fran says it was because of his passion for the game. Is he going to really try to tell me or anyone that he had more passion for the game than John Wooden? Wooden had only two technical fouls his entire career as a player and a coach. Do you think that Fran might be helped in learning self-control by reading some of John Wooden's philosophical writings? – Doug

What is the BIG doing, or what should the BIG do, about the quality of officiating in the league.  Officiating has been getting worse throughout my lifetime, with the officials seemingly determined to keep certain teams in games, inconsistent calls, favoring certain coaches. Dude, Zach McCabe will take 10 charges this year, and all but one will be called blocking fouls. – Kasey

Many of the letters went along these lines, asking for officials to be held more accountable, etc. That?s all well and good. Point taken. We all can improve at our jobs. Lord knows, officials are criticized and critiqued like few other professions.

And the fact that Fran will ?fight for his kids? is noble, too.

Having said all of that, McCaffery isn?t excused for his behavior. Not many other coaches behave like he has. Even worse: A pattern has developed with McCaffery. This is his second high-profile explosion at Iowa. (Remember the chair slam? Sure you do!) Who knows how many he has had in practices. My point: McCaffery needs to learn to control himself. He?s supposed to be a leader and needs to set a better example. The coach of a major university can?t behave like he has. Just because things don?t go the way you perceive them to go doesn?t give a person license to act boorish.

Regarding your Best of the Bowls piece, Michigan State should get the credit for best game and best win. It made all of us B1Gers proud. – Jim Somers

No doubt, MSU?s win over Stanford was the Big Ten?s best win. Heck, there were just two in the postseason, with Nebraska?s win over Georgia in the Gator Bowl being the other.

How can the best ending be anything other than MSU's stop? – Hank

Yes, there was drama in that ending, with Kyler Elsworth making that flying tackle on fourth down to squash Stanford?s last-gasp effort. I just thought the Minnesota-Syracuse Texas Bowl had more high-wire drama, with the quick exchange of the lead and the Gophers dropping a sure game-winning touchdown pass on the second-to-last play of the game. Good stuff.

The Big Ten's lack of success in football vs. the SEC stands out sorely. Does the SEC recruit differently than we do here in the Big Ten? – David Sywassink

A dissertation paper probably could be written on this subject. Many point to shifting population demographics from north to south as being a reason for the supremacy of the SEC. Whatever. I can?t explain it. And anyone who says they can is lying. I think the SEC has a pretty nice collection of coaches in Steve Spurrier, Mark Richt, Kevin Sumlin, Gary Pinkel, Gus Malzahn et al.

I also think the Big Ten has been hurt in the last ten to fifteen years by a lack of top-shelf quarterbacks. But the biggest difference between the Big Ten and SEC is on defense, especially along the line. The SEC is loaded with big guys who can move. The Big Ten has its share, but they just don't have as many.

Could it be argued, Mr. Dienhart, that maybe Urban Meyer 'overachieved' with this Ohio State team the past two seasons? As a lifelong resident of Columbus and OSU alum, I have never — NEVER — seen a Buckeye defense this bad, hence I think Meyer was lucky to even win 24 in a row. Right or wrong? – D.J.

Interesting perspective. Yes, the Buckeye defense has issues last season, especially when it came stopping the pass. But to say Meyer ?overachieved? may be a stretch. There still was plenty of talent on the roster the last two seasons. And OSU has had light lifting in the non-conference, and the Big Ten hasn?t featured myriad elite teams. Still, having typed all of that, I think Meyer has overachieved to a degree. To open 24-0 was incredible-good or bad schedule.