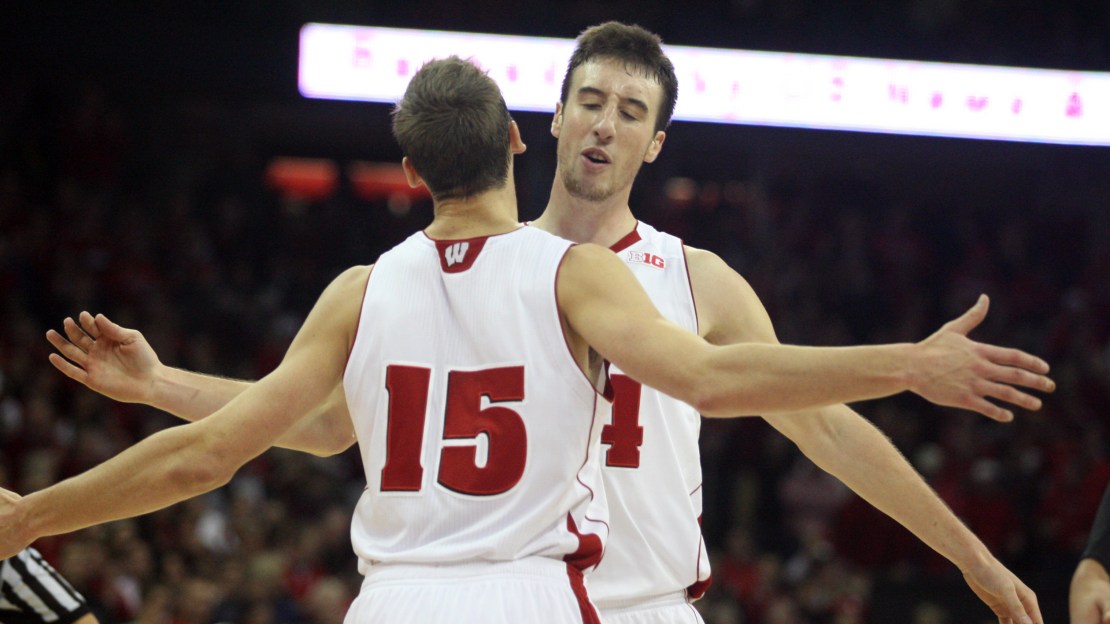 Has there been a bigger surprise player in the Big Ten than Wisconsin?s Frank Kaminsky? Of course not. The 7-0, 234-pound junior has been a revelation. He always possessed a sweet shot, but Kaminsky has expanded his game to become a better-rounded player. He?s able to put the ball on the floor and has become a better rebounder.

That?s why he now is among the conference?s top talents. It has been a stunning ascent.

I caught up with Kaminsky as he prepped for the Badgers? Big Ten opener at Northwestern on Thursday.

[ MORE: Kaminsky gets plenty of love in BTN.com's nonconference recap ]

Q: How has your role evolved from last season?
A: I think a lot more is expected of me. I am playing a lot more minutes this season. Last year, I was going in to backup people up, playing a few minutes. This year, I am expected to go out and make some plays and produce throughout the entire game.

Q: What did Bo Ryan tell you to improve at when last season ended, knowing guys like Jared Berggren, Mike Bruesewitz and Ryan Evans were leaving?
A: He told me that I needed to keep working and to stay hungry. Those were things I tried to do all summer and in preseason workouts. He also told me not to get down on myself after I make mistakes, to just move on to the next play. In years past, if I did make that mistake, I?d come out of the game. Or, I?d get chewed out in practice. And I was getting kind of tired of it. I didn?t want it to happen anymore. When it did happen, I would yell at myself inaudibly.

Q: What did you work on this summer?
A: I have a trainer back home who I played AAU basketball with a long time ago who runs a training facility. I was working out with him most of the summer. That probably was the hardest four or five weeks of my life with some of the stuff he had me doing to get ready. It really helped to get the ball rolling for me. We worked on speed training. I needed to get my feet better and get my conditioning up. I didn?t make it through some of the stuff he was having me do.

Q: After that 43-point explosion earlier this season that set a new school single-game high, are you now a celebrity when you walk across campus?
A: A little bit. When I am in places, some people will come up and congratulate me, say they were at the game. It carries itself with some people, but I try not to make a big deal out of it.

Q: Has there been one aspect of your game that has improved the most?
A: I think my defense has improved a lot this year. I think I have a better understanding and see in games a lot more what it is Coach Ryan wants. I feel I am much more prepared defensively going into every game.

Q: Is this the best Wisconsin team you have been on?
A: Yes, I definitely think so.

Q: Do you still talk or text with Jared Berggren, Mike Bruesewitz and Ryan Evans?
A: Every once in a while we talk. Not a lot. It?s hard to keep in contact with Jared and Mike because they play overseas.

Q: Your mom played volleyball at Northwestern, and you had an aunt and uncle who played hoops for the Wildcats. Did they offer you a scholarship?
A: Yes, they did. But I wanted to go to Wisconsin.

Q: Your dad played at Lewis. What has been his influence on your career?
A: My dad still plays basketball in some 50-and-over leagues. My whole life, I grew up watching my dad play basketball. I was the little kid on the court doing layup lines before games. He always has been my basketball mentor. My mom has been my biggest fans since I was a kid and started playing basketball. She was at every game. I have had some great support from my parents.

Q: Are you starting to hear any rumblings about a possible pro career?
A: No. I don?t. And I?m not paying any attention to that even if it does. I want a Big Ten championship this year. That is my goal.